When I first purchased this charming property I found my early design ideas did not do it justice. When inspiration finally struck, I set out on an exploration in contrasts. The entrance became what one might expect of a swampy witch’s hovel built among the rubble of old ruins. A path winds it’s way thru dead wood forest, skeletal totems, and obscuring boulders. Then, in contrast, it opens up to a humble but very tidy little homestead. There’s a garden, a stable, farm animals, and an orchard. Inside the house it becomes obvious that the owner is fond of cooking. Cooking both fine meals and exotic potions. At the back of the property the sea encroaches upon the lower half of the ruins. It creates a picturesque salt water pond handy for farming and harvesting seaweed and seafood. Directly behind the house and partially obscured by boulders and fallen rubble is a stairway. Following the stairs upward leads to one final contrast. Here the upper ruins have been lovingly (and magically?) transformed to something resembling, even exceeding, their former elegance. This elegant terrace offers one a breathtaking view of the sea and the coastal fens of Glenumbra. 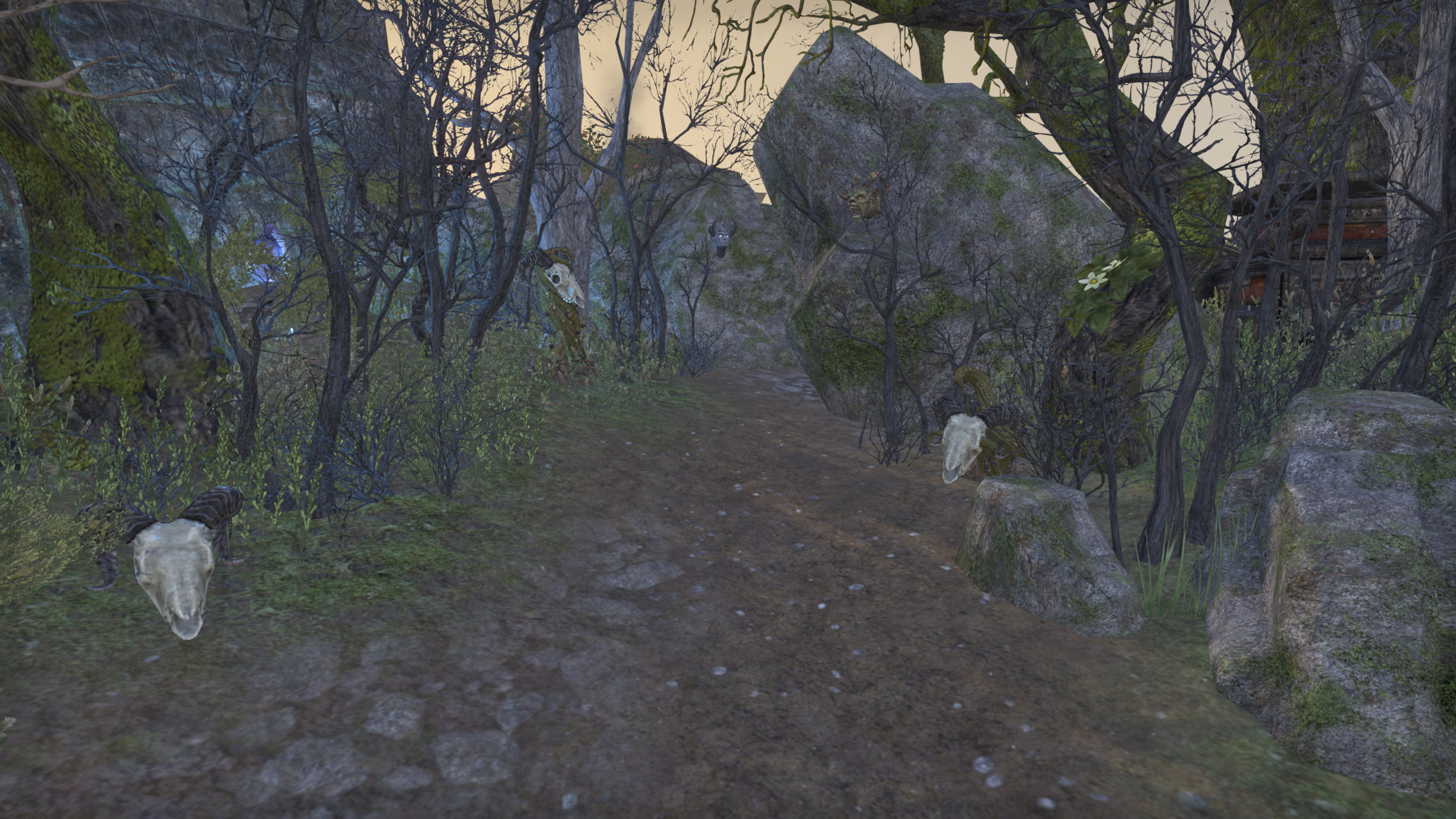 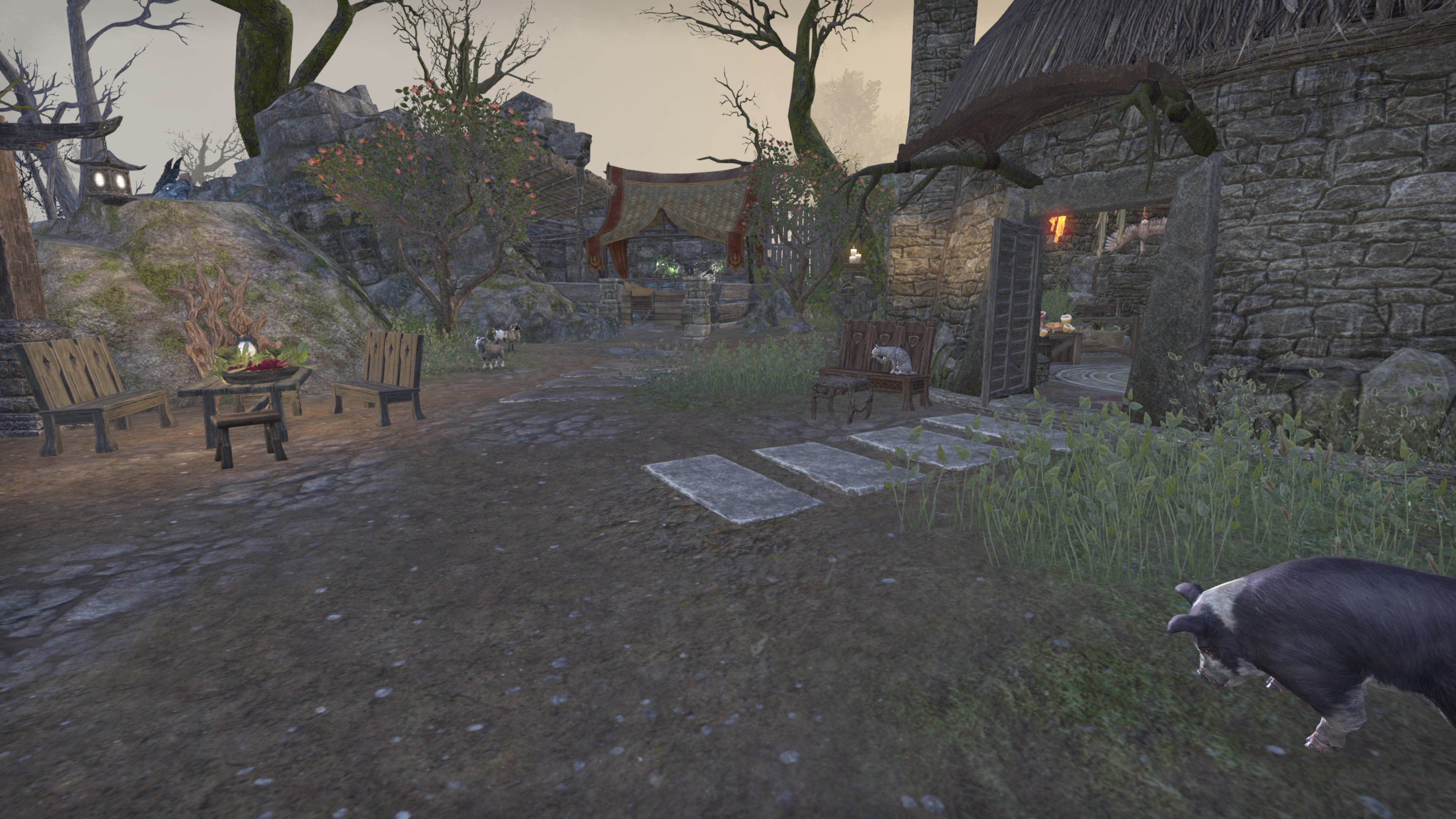 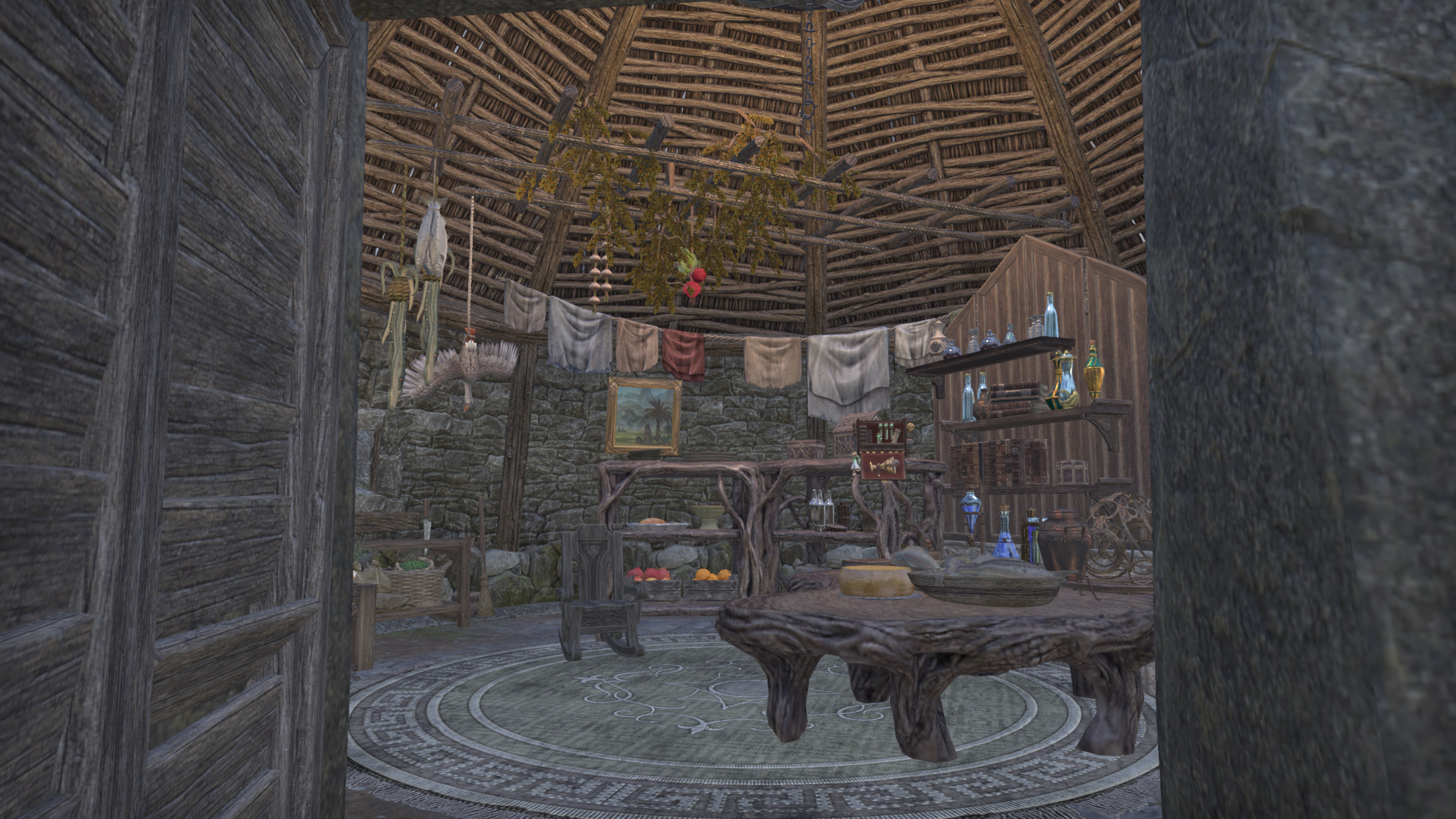 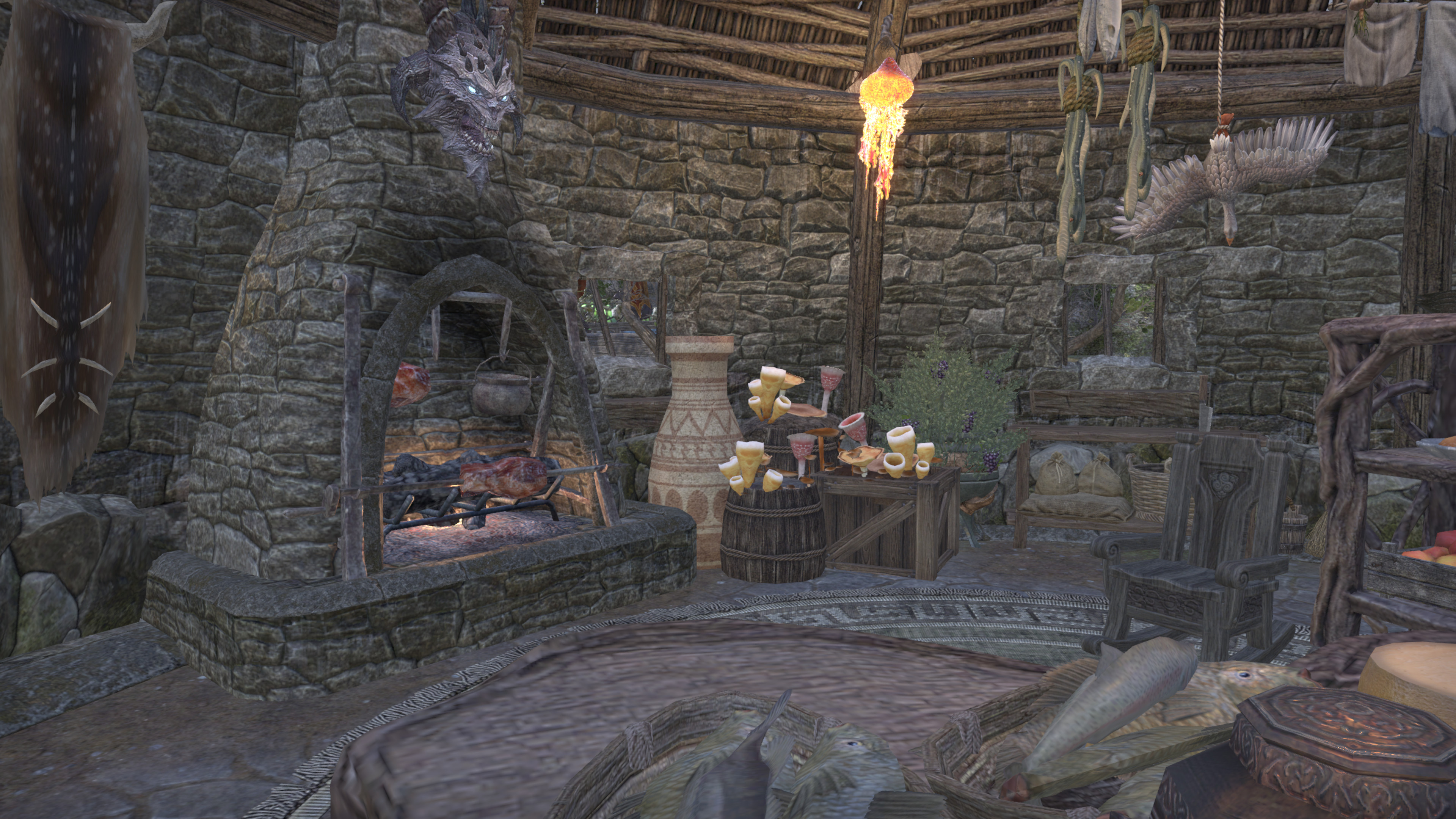 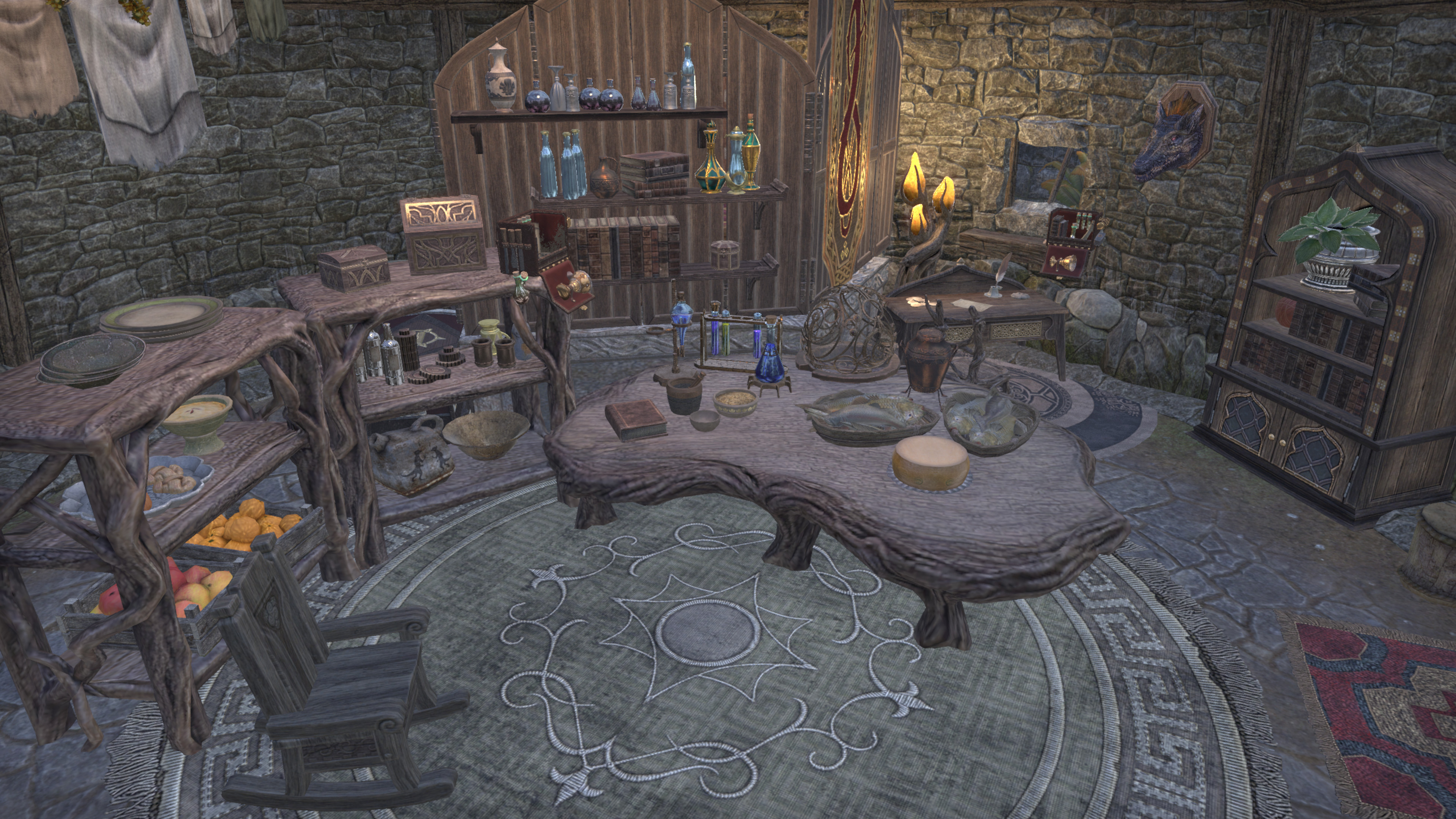 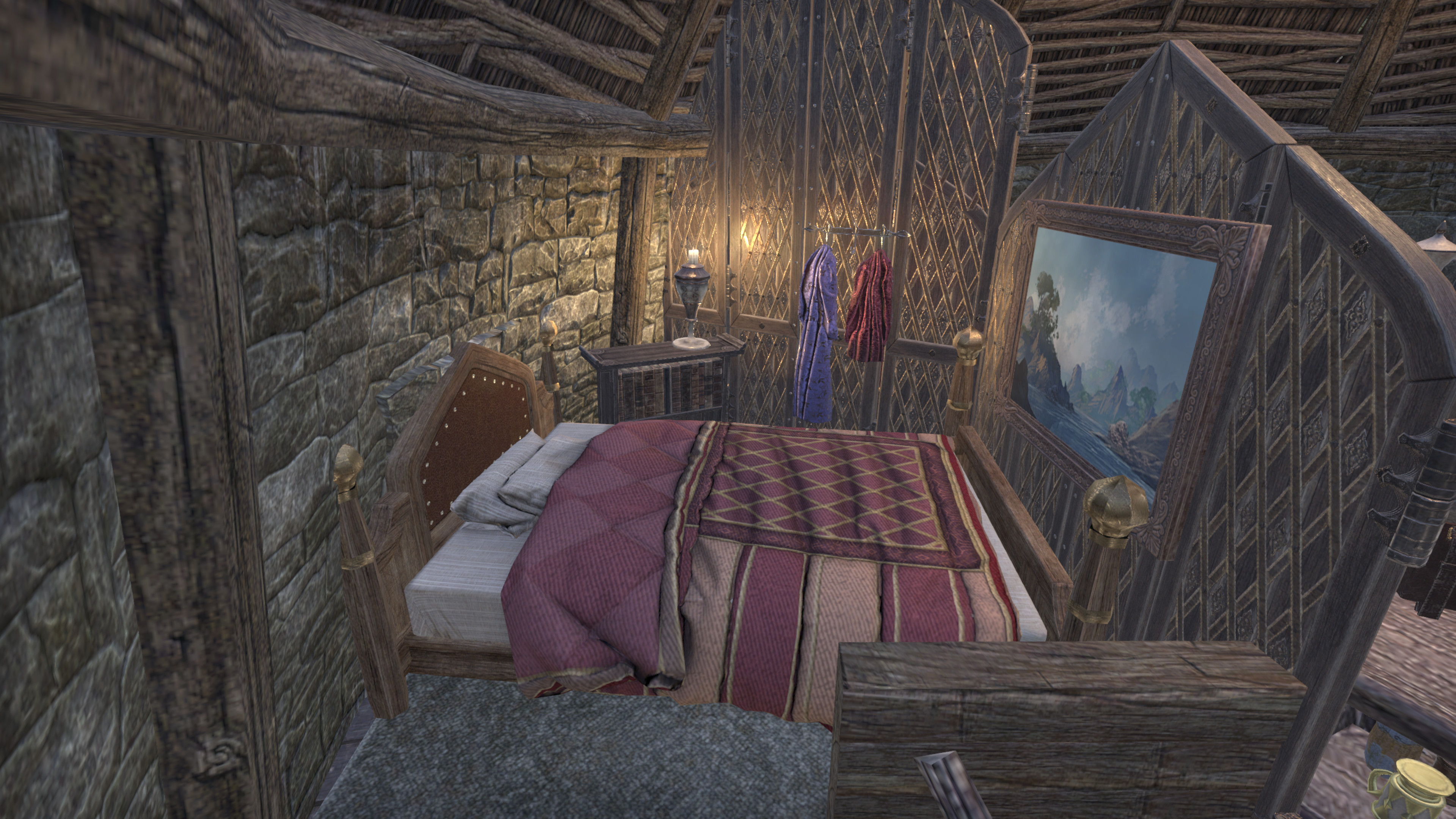 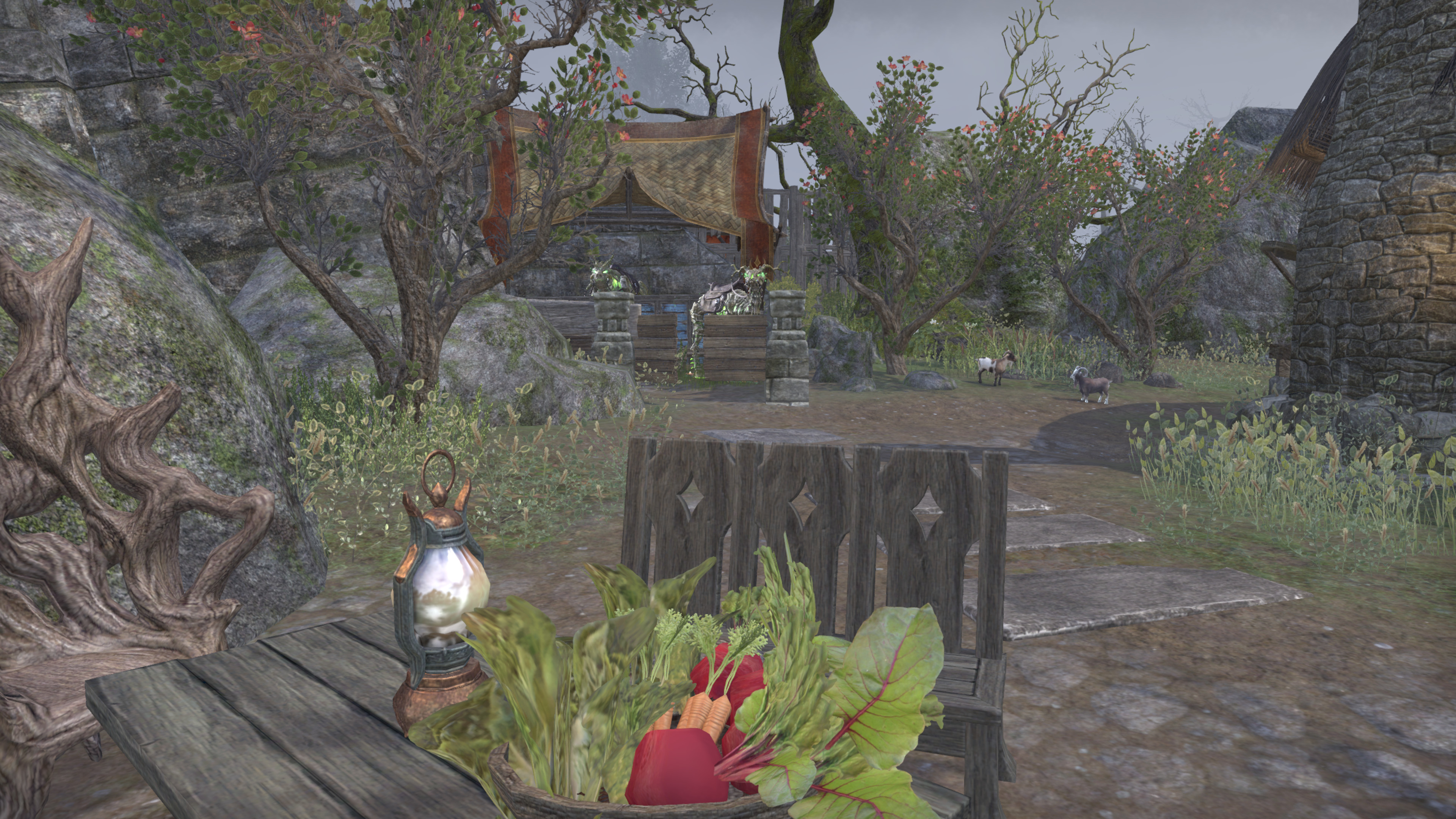 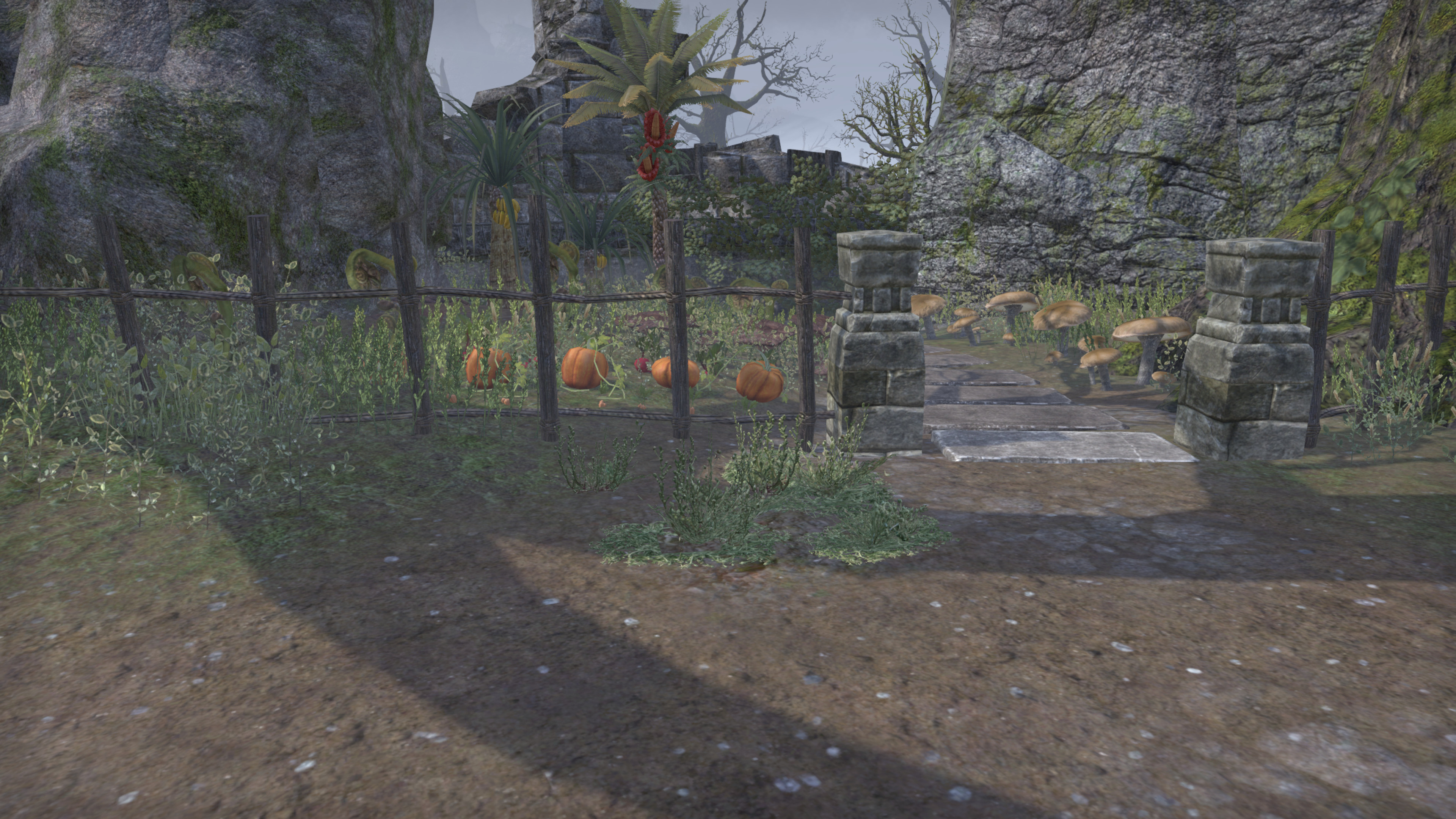 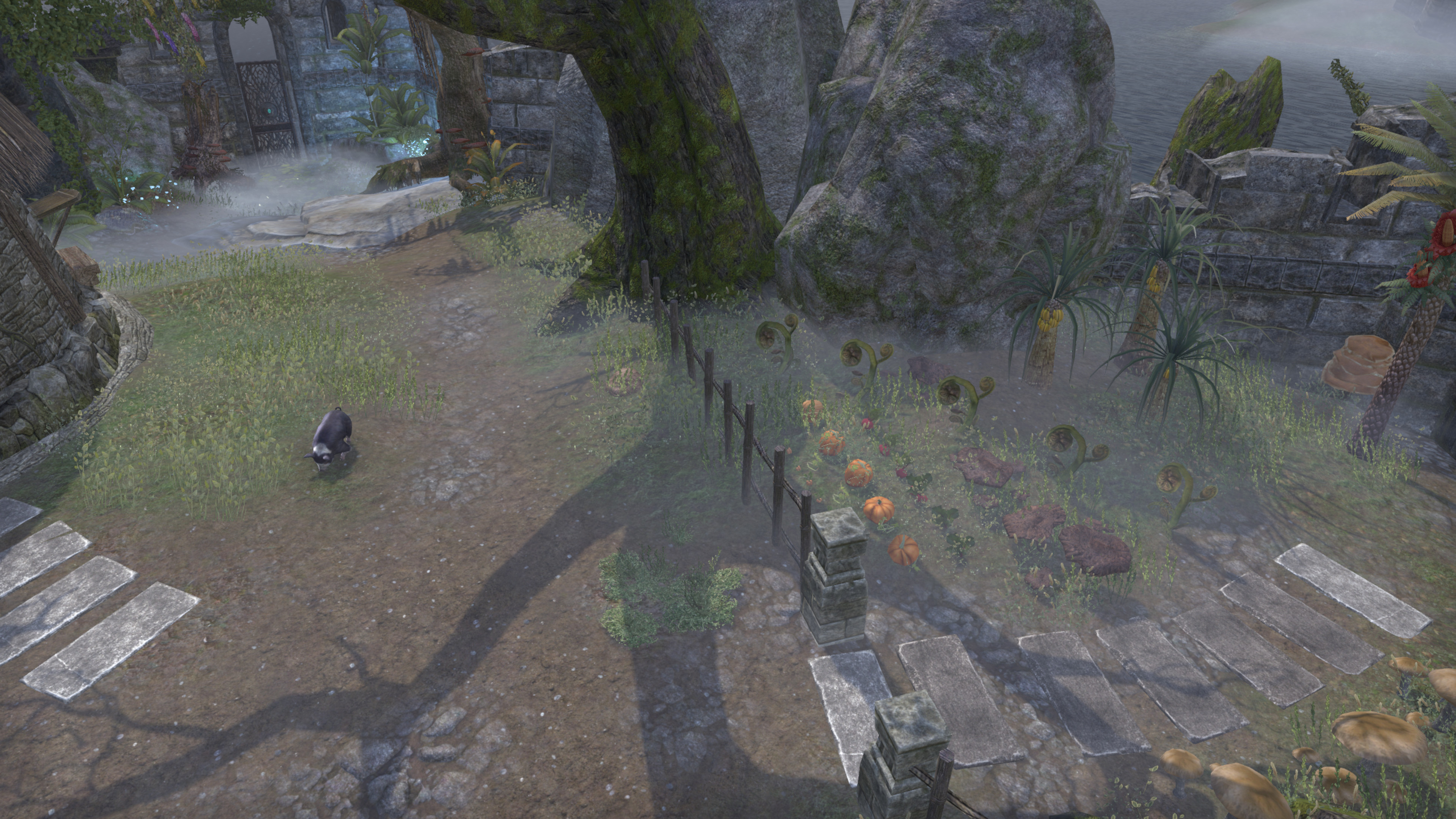 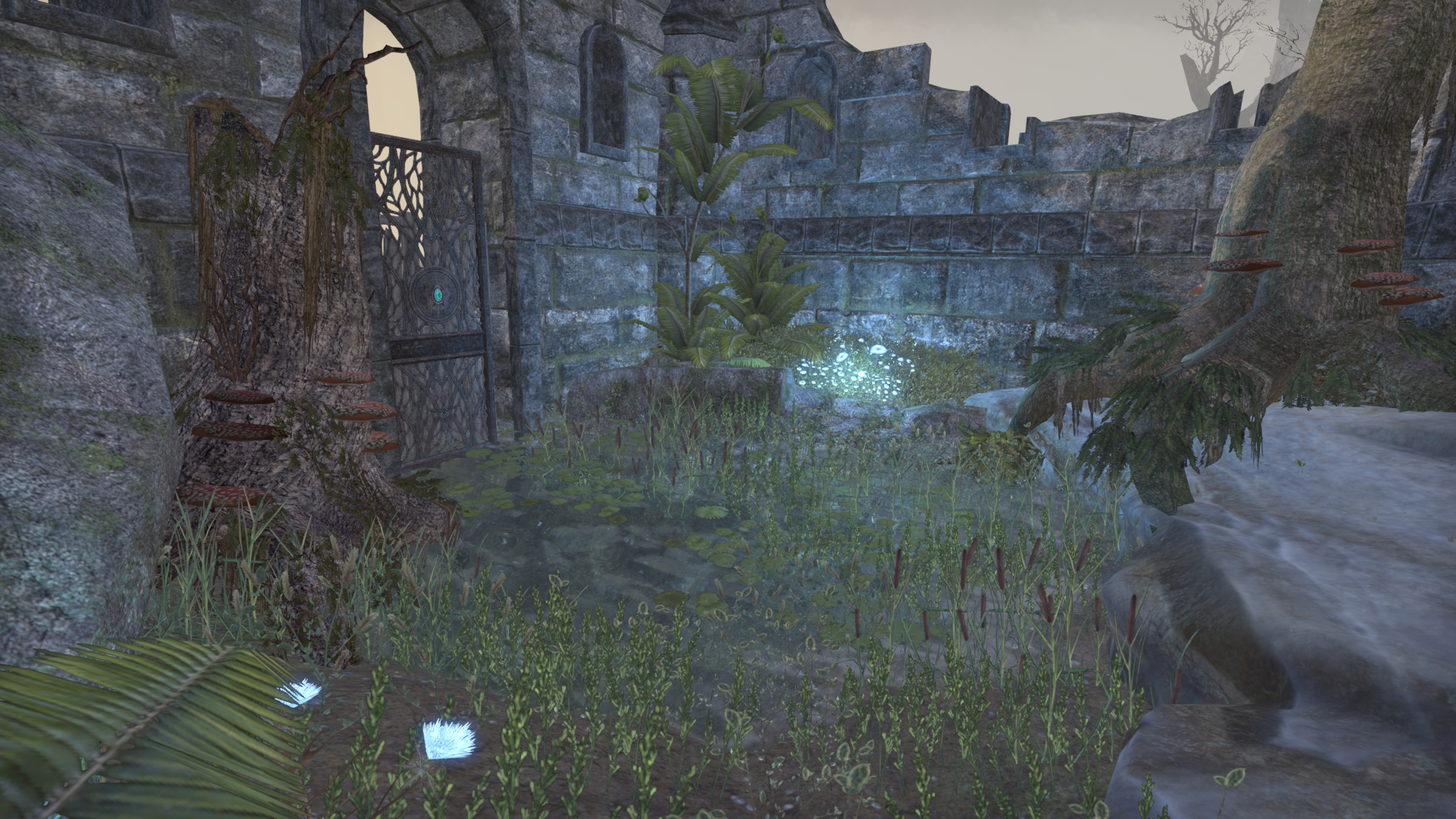 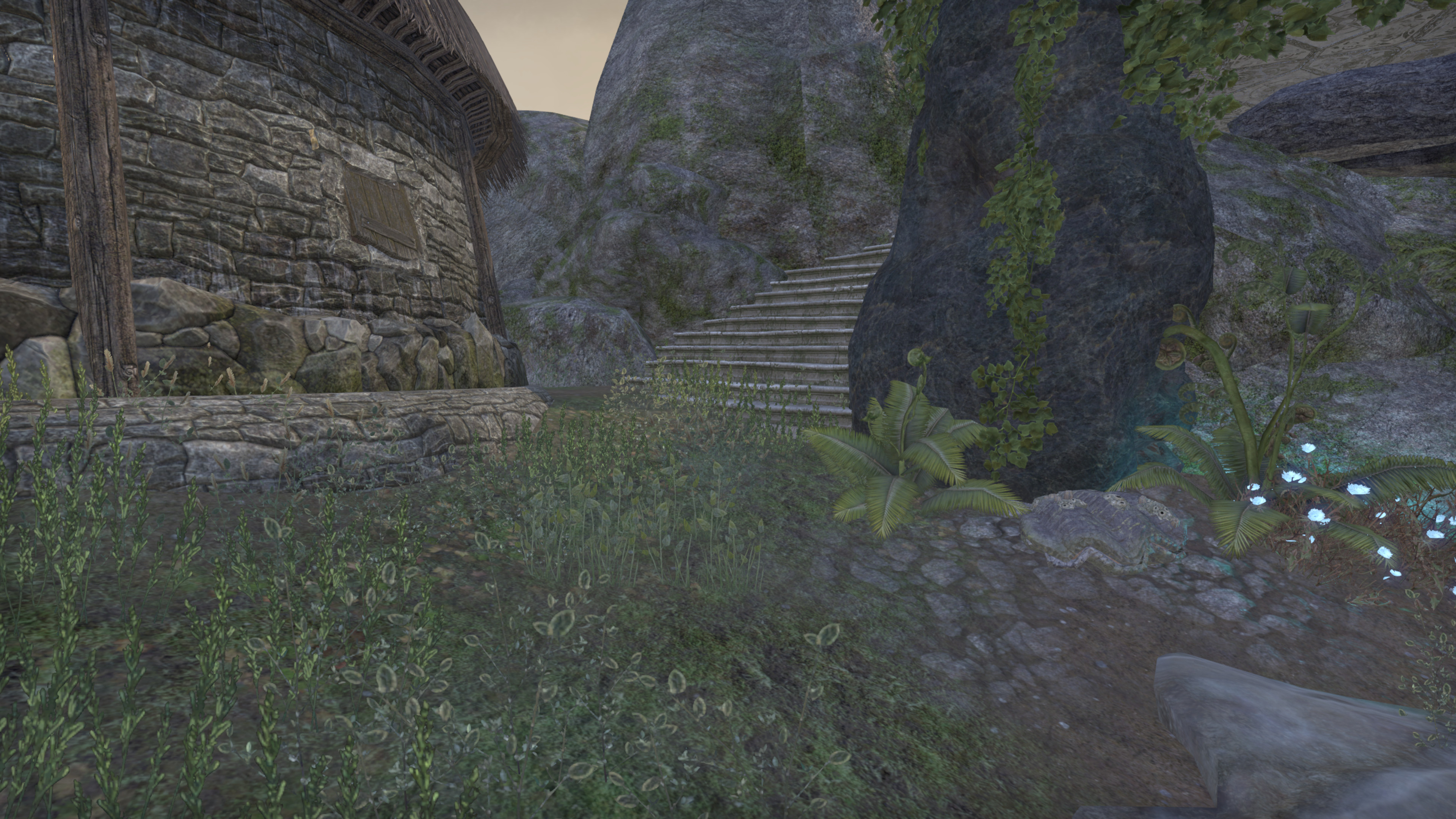 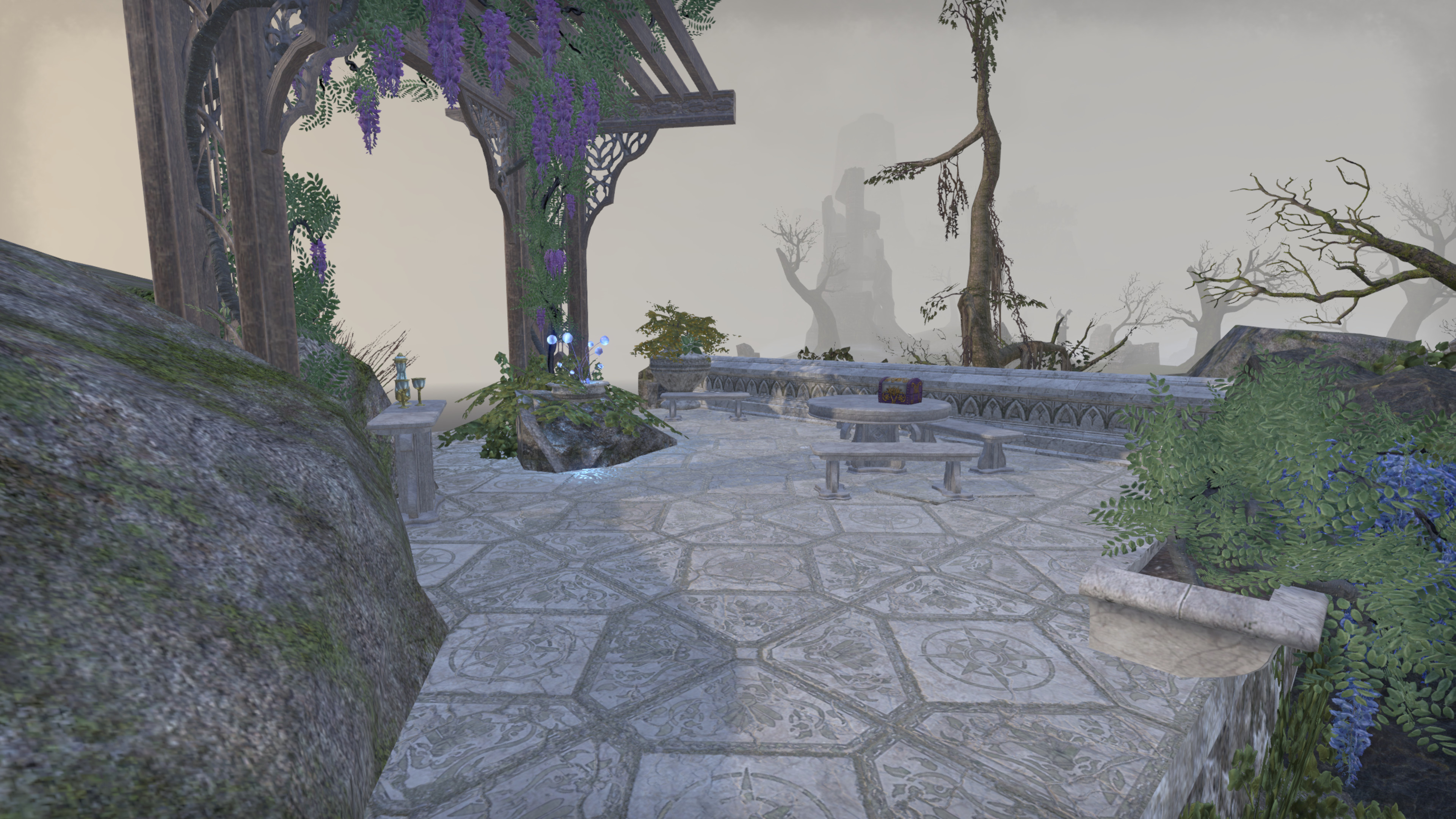 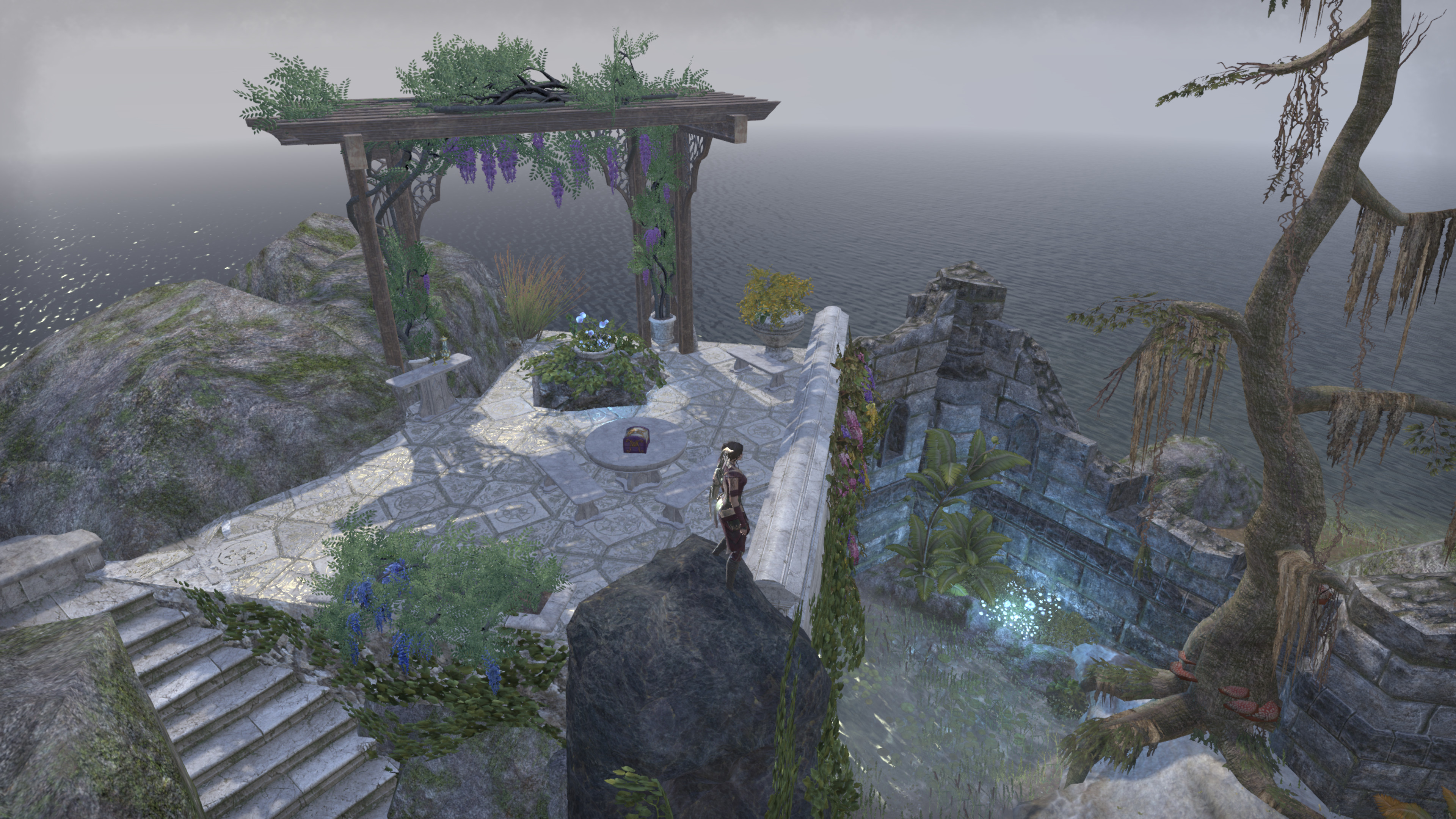 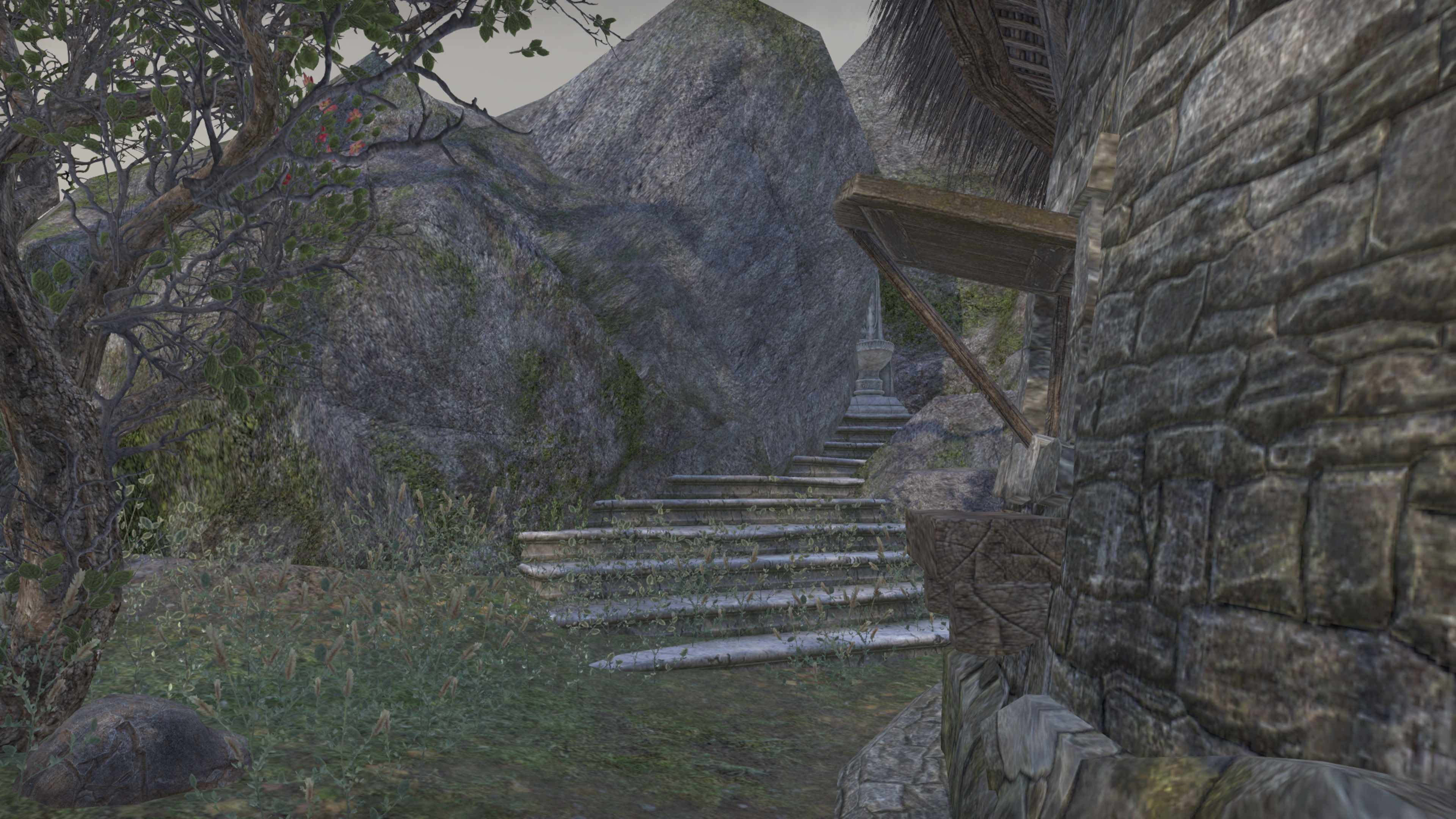 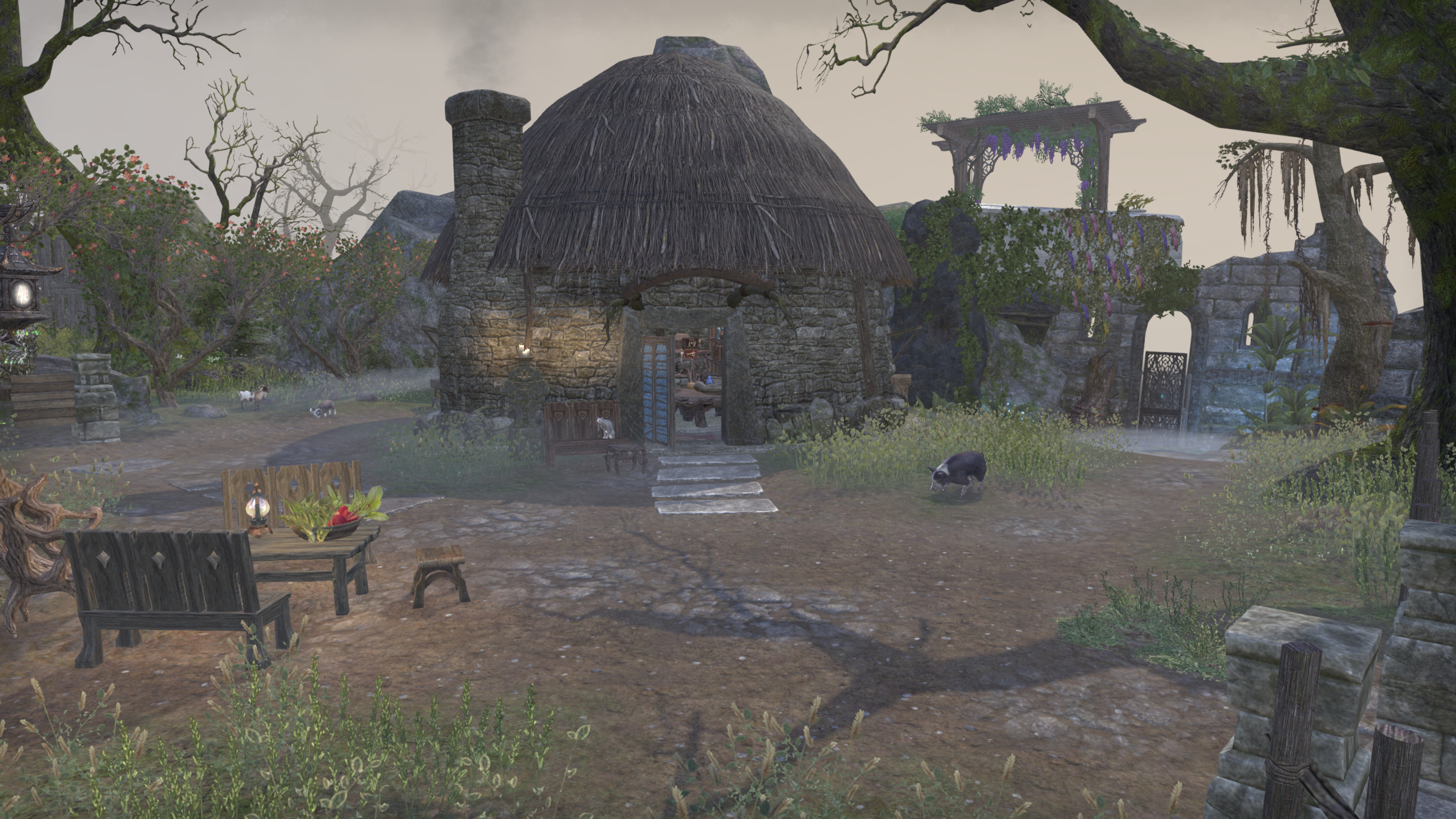