I don’t use the Print Screen button to take screenshots. I prefer to use programs that allow me to crop the image when I take it instead of getting the whole screen and having to go back and crop it later with another program. Unfortunately, the way the camera works in ESO, it is difficult to stop the camera from moving to click on another program. I have my screenshot program tied to the Print Screen button so it will work the same as if I pressed the button for the program.

My preferred program for screenshots is Snagit. Snagit puts a tool at the top of my screen where I press a button that stops the action in game and allows me to drag my cursor and grab only the part of the screen I want. Unfortunately, the free version is only a 15-day trial and then you have to pay $49.95.

I also use Gyazo. Gyazo is a free program that will allow you to grab screenshots or create gifs. I don’t use it as my primary program because it pulls up a webpage for you to save the image instead of a separate window on your computer. Sometimes the Gyazo website can be running slow and I don’t like having to wait for the image to come up. I do use it for gifs though because Snagit has an option for videos, but not a way to do gifs.

If you don’t use a separate program, make sure you crop images for the Character Submission Form. I can crop images for the visual database, but the Character Submission form uploads directly to the site and it’s difficult to see details when your character is tiny compared to the background. I use Adobe PhotoShop to crop images sent for the visual database. If you can’t afford to purchase a program, try something like Fotor Photo Crop or Picresize. 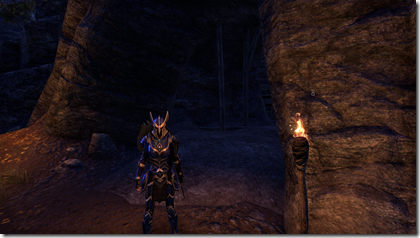 Max out the video settings if your computer can handle it. Even if you can’t play on those settings, try to get them as high as possible for screenshots. There is a huge difference in game graphics between everything on low settings and everything on high. 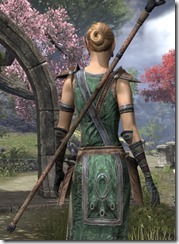 The second best way to get screenshots is to hit ESC. This will bring your character in very close and the lighting is somewhat better than what you see in game at that location. Unfortunately, you can’t spin your character to get pics of other angles.

When you are taking screenshots in game, hide your UI. The purpose of taking the screenshots is to focus on the character, not all the information floating around the screen. You may have to set up your hotkey by pressing ESC, Controls, Keybindings and scrolling down until you find UI On/Off.

I despise it when games have day/night cycles and rain. I realize that it makes a much better gaming experience, but since I don’t usually play the games and spend all of my time struggling to get lighting for images, it’s just a pain to me. Try to wait until you have good daylight with no rain to take images. As you can see from most of the pics I took for this guide, the game was just finishing up with a rain cycle at dusk. You can sometimes get decent pics near a light source, but full daylight is always better. 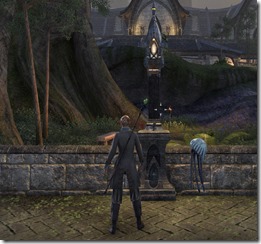 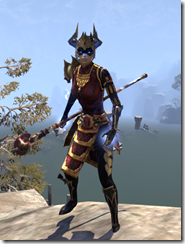 Turn into the Light 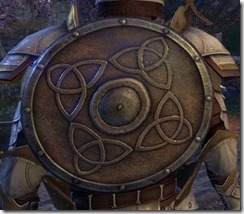 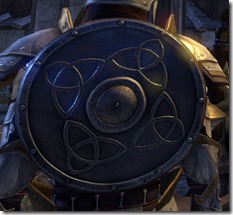 Try to make sure you are not hovering over an NPC in the background of your shot. The glow around them can be quite distracting. 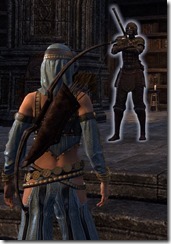 The lighting indoors is terrible. I wouldn’t even bother taking pictures indoors. Even if you have a decent light source, it’s going to tinge the images and make it difficult to tell what the true colors are. 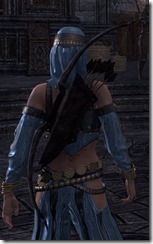 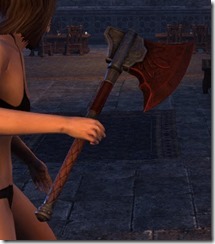 Scroll in on your character. You can’t see armor details on pictures that are taken from a distance. 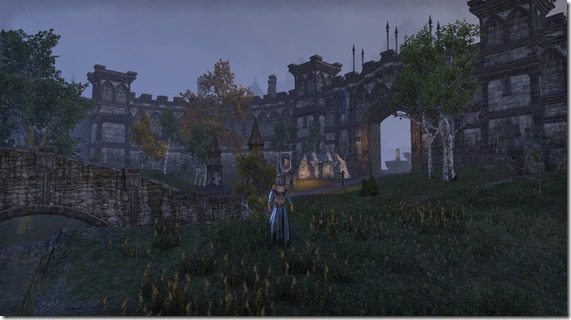 Be Cognizant of Your Surroundings

ESO has a very complex landscape. The best images are taken against a solid background like the sky. Make sure you’re not standing in front of something that drowns out the details. Also, standing in grass can obscure the feet and leg armor.

I usually take off all the armor when doing images of weapons. I realize that it’s nice to see how the armor looks with the armor set or if there are clipping issues, but having the weapon right up against the armor can make it difficult to see the weapon itself. 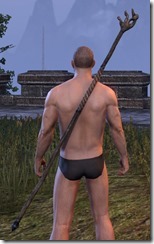