Gaea of the House Naevius of Cyrodiil and more precisely from the nibenese branch of the family.
Originally from Bravil, she is the daughter of the tyrant patriarch Sulla Naevius. And like her brothers and sisters, her childhood was stolen from her to serve her father. She has a twin sister, Demeter, whom she considers her only light in the darkness family (and the only person sharing the same mother).

She is a dangerous character because she practices black magic. After suddenly leaving her family, she is driven by only one desire: to eliminate each member of her family. She never had a social bond and the few friends she had transformed her. However, Gaea is a psychologically unstable person who could be murderously insane because of the aftereffects of his childhood.

It is good to specify that Gaea is a very educated person but that she has racist tendencies and makes prejudices towards people whom she does not like.

About armor
Gaea doesn’t really have armor. She is often and above all dressed in a Rumare Waterfront Casual Wear or Imperial City Temple Tunic in black color.
She is still armed with a staff and a dagger (Abnur Tharn style).
[She can have armor similar to Aïsha Anna, be dressed in the image of Varen Aquilarios but with an imperial hood or with Glenmoril Witch Robes]. 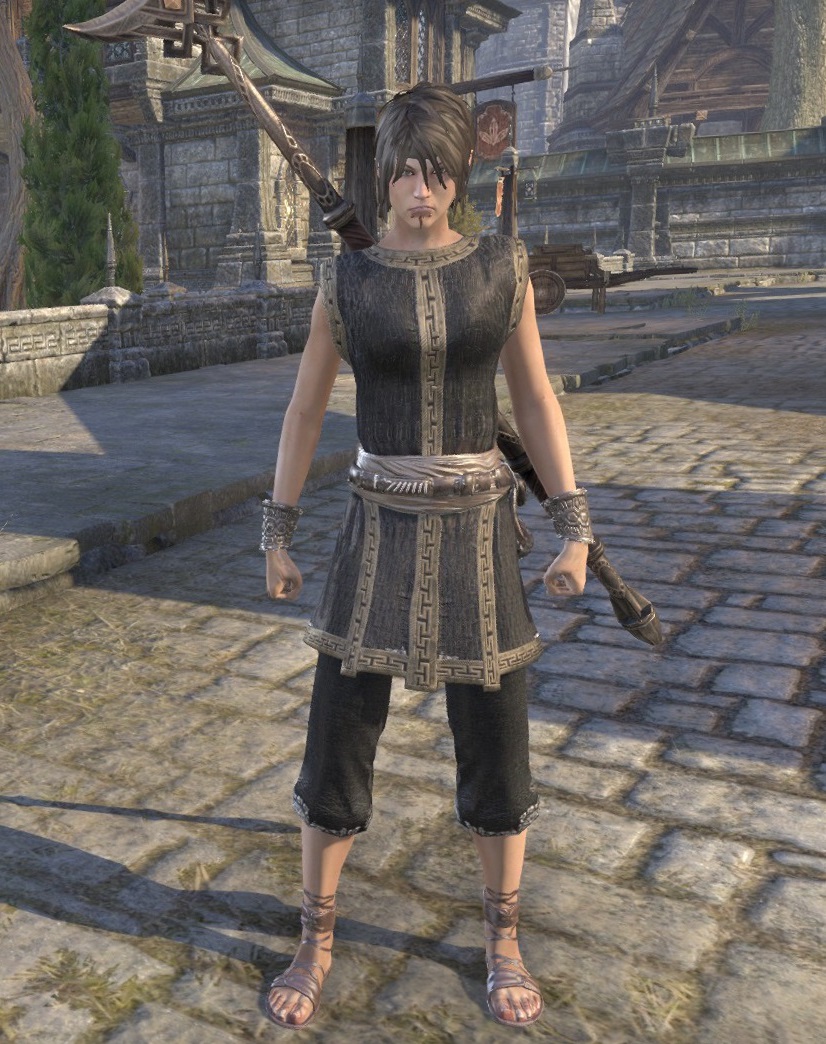 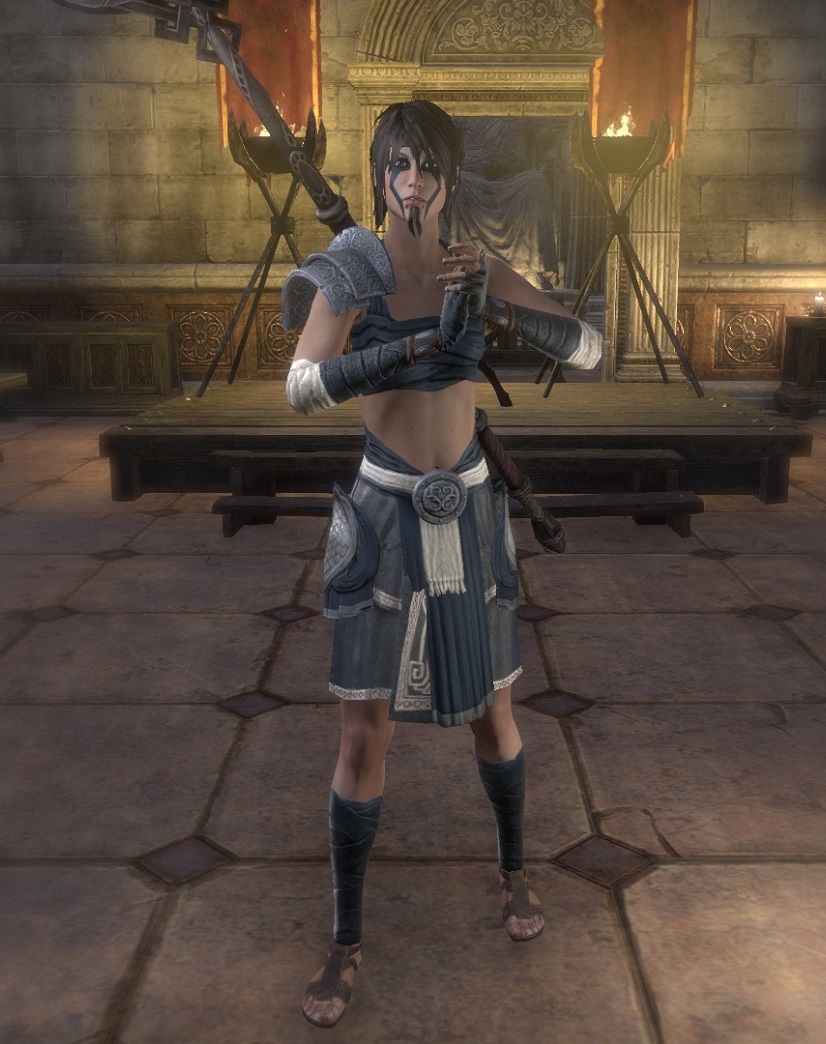 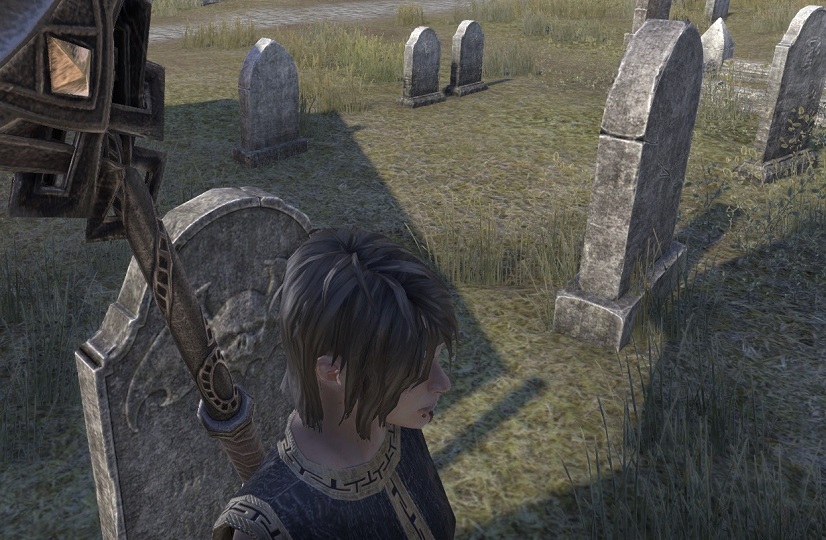 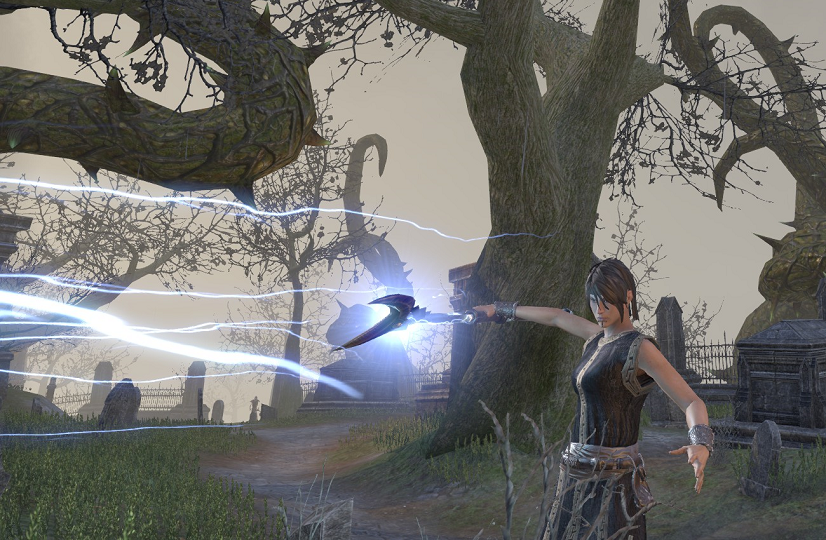 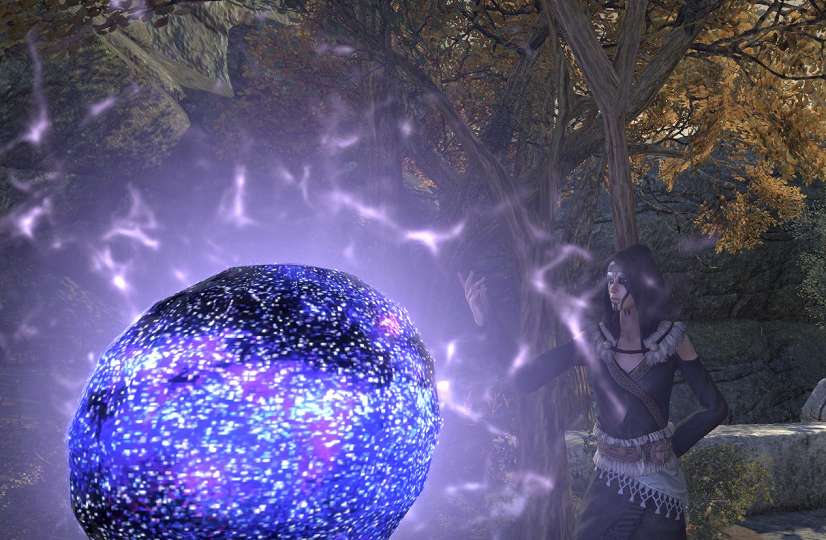