A winning entry into the apartment category for a guild housing contest! The theme was spooky, and I went with a story of a mage who died during a soul-harvesting ritual. There is a workstation, a cauldron of cut up skeletons from previous victims, the mural that he was worshiping, his ritual circle, and of course, his dead body still holding his spell book and a empty soul gem.

I focused on low lighting, and glowing furnishings. Sank several blue fire braziers into the floor and gem piles. the ceiling I covered in green vines to add some color. The mural itself has a skyshard and several crystals sank into it. The candles on the ritual circle, and the dark elf lamps by the door, were purposefully left off because it made the room too bright. I hit item limit and had to leave behind some of the planned detail, but overall, I loved the final look of it. Enjoy! 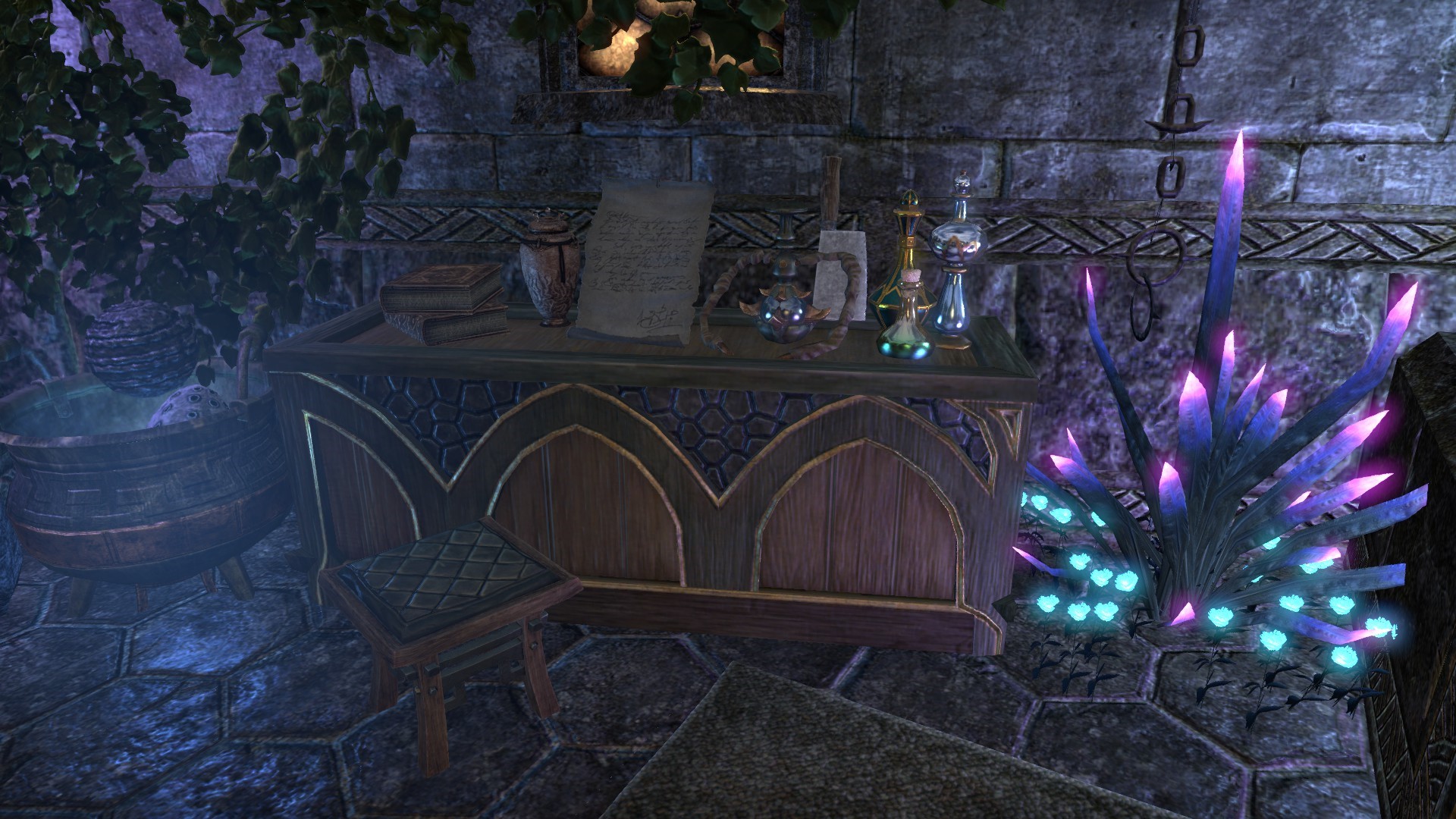 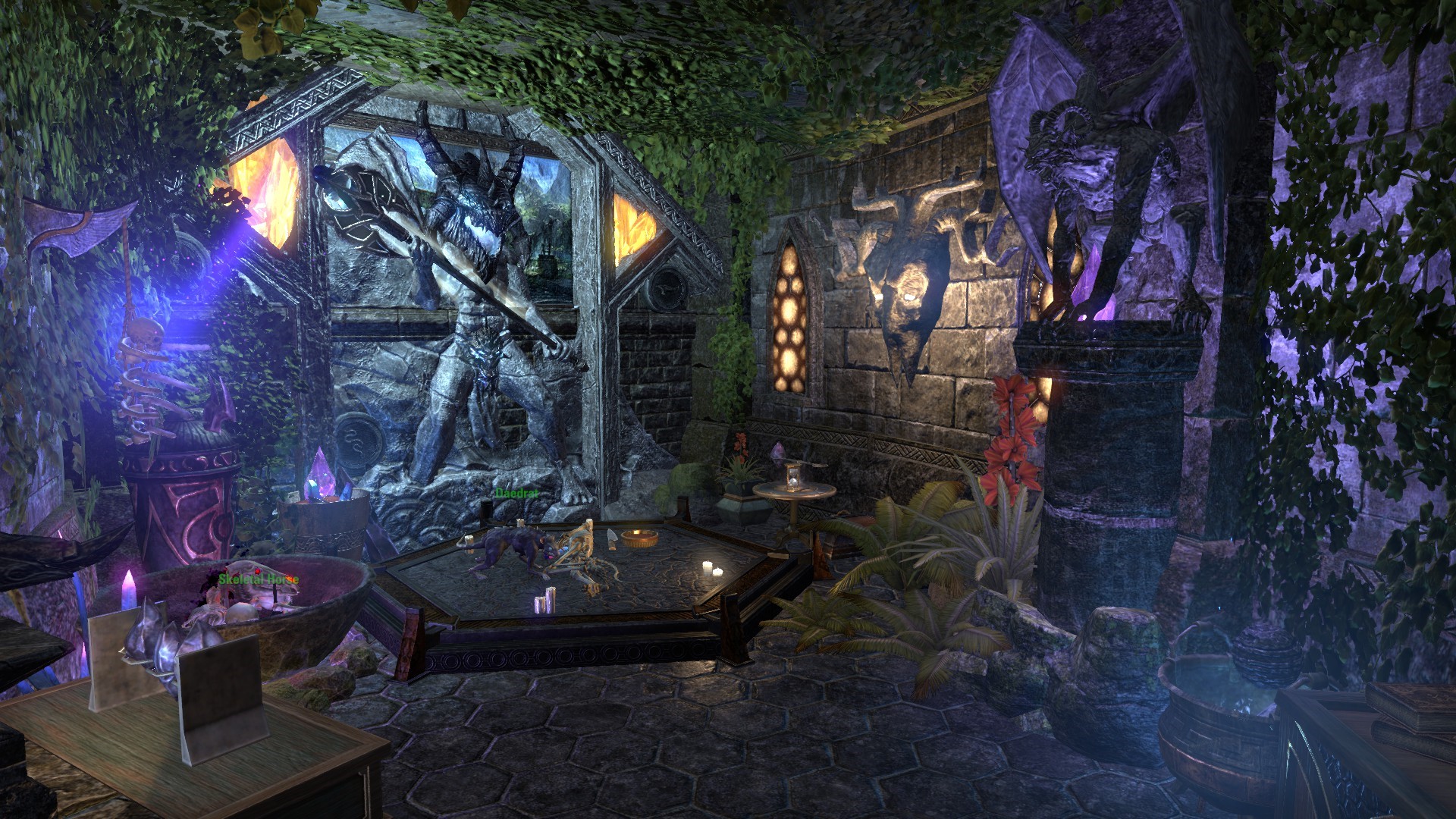 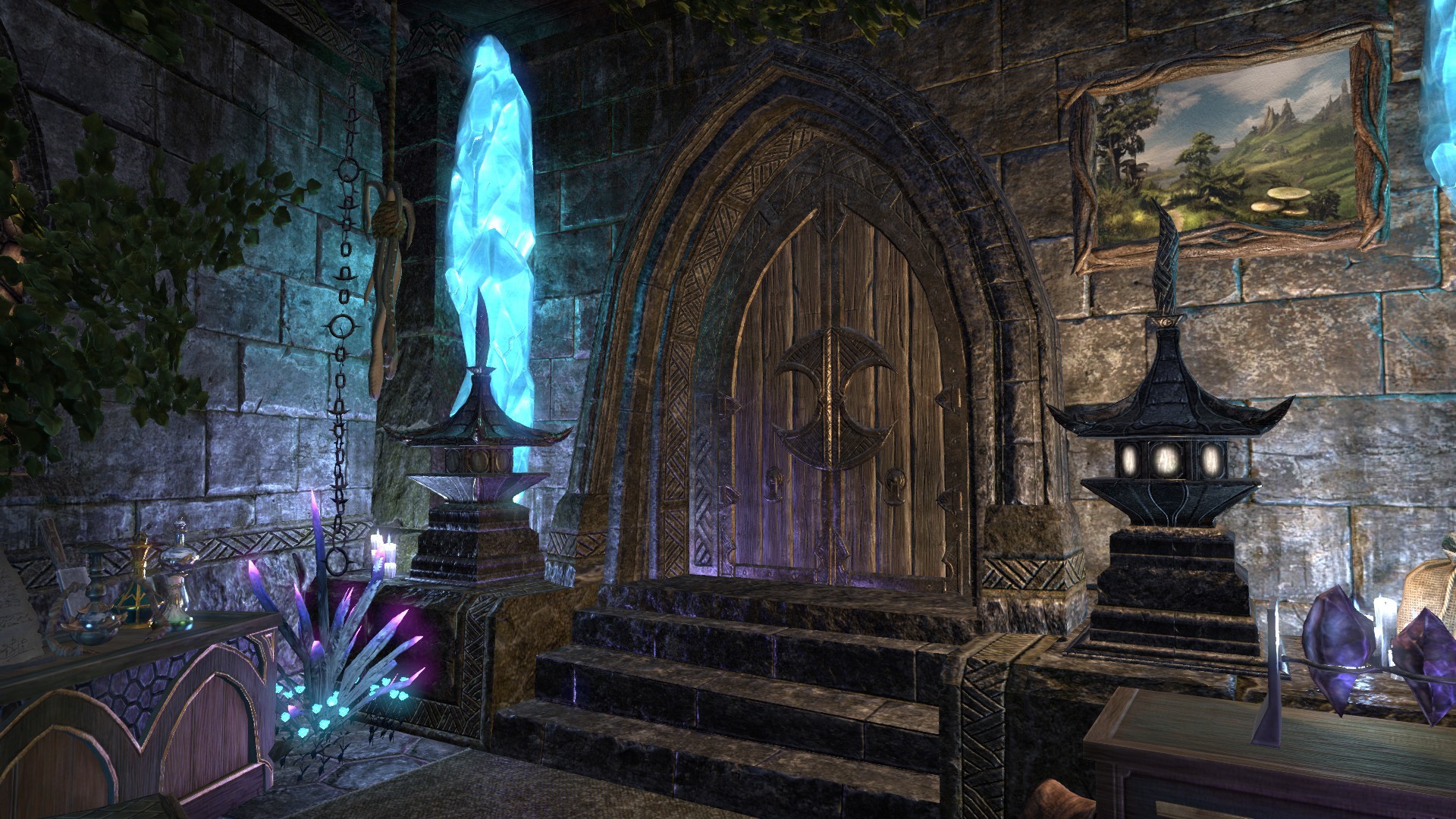 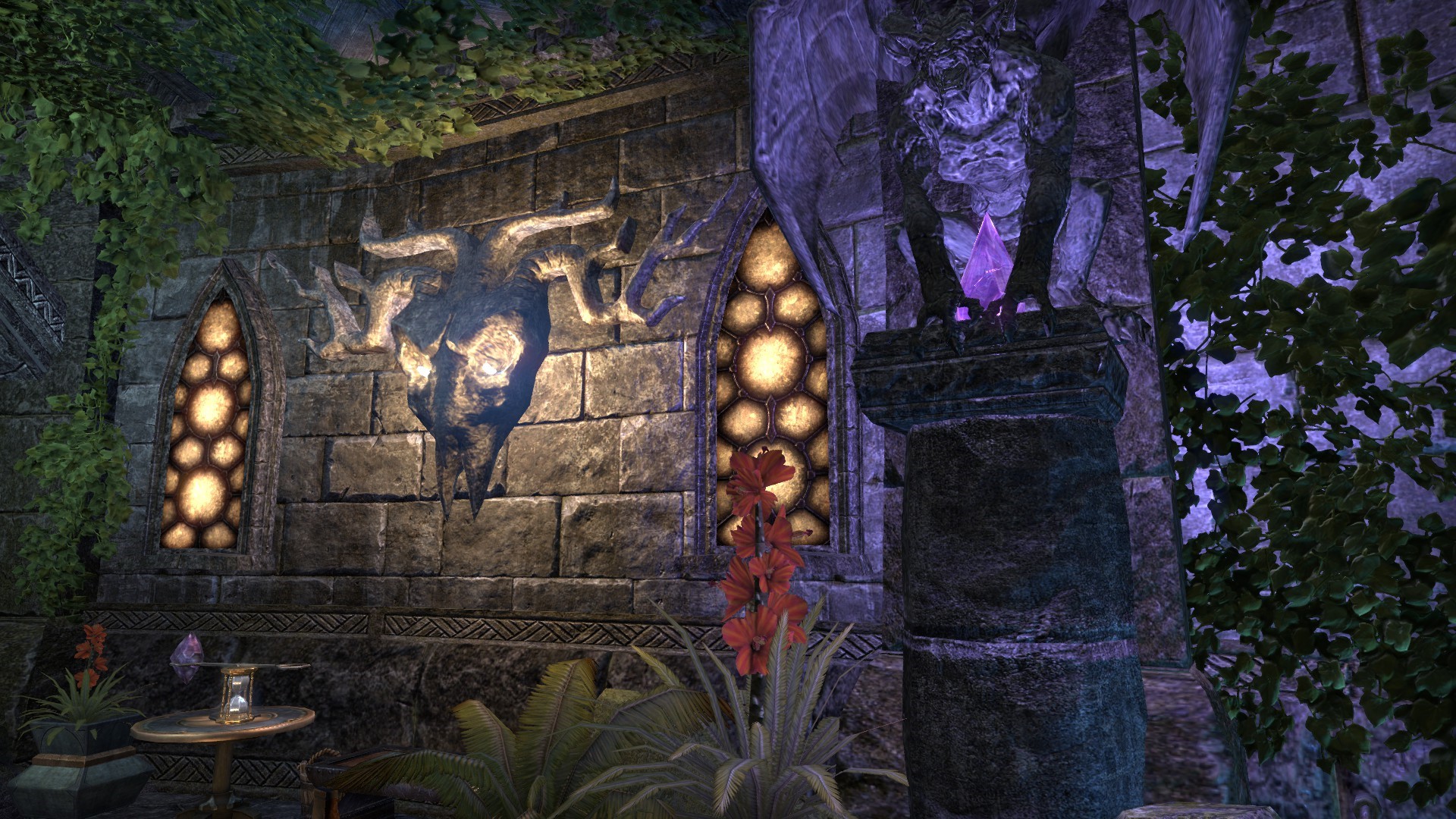 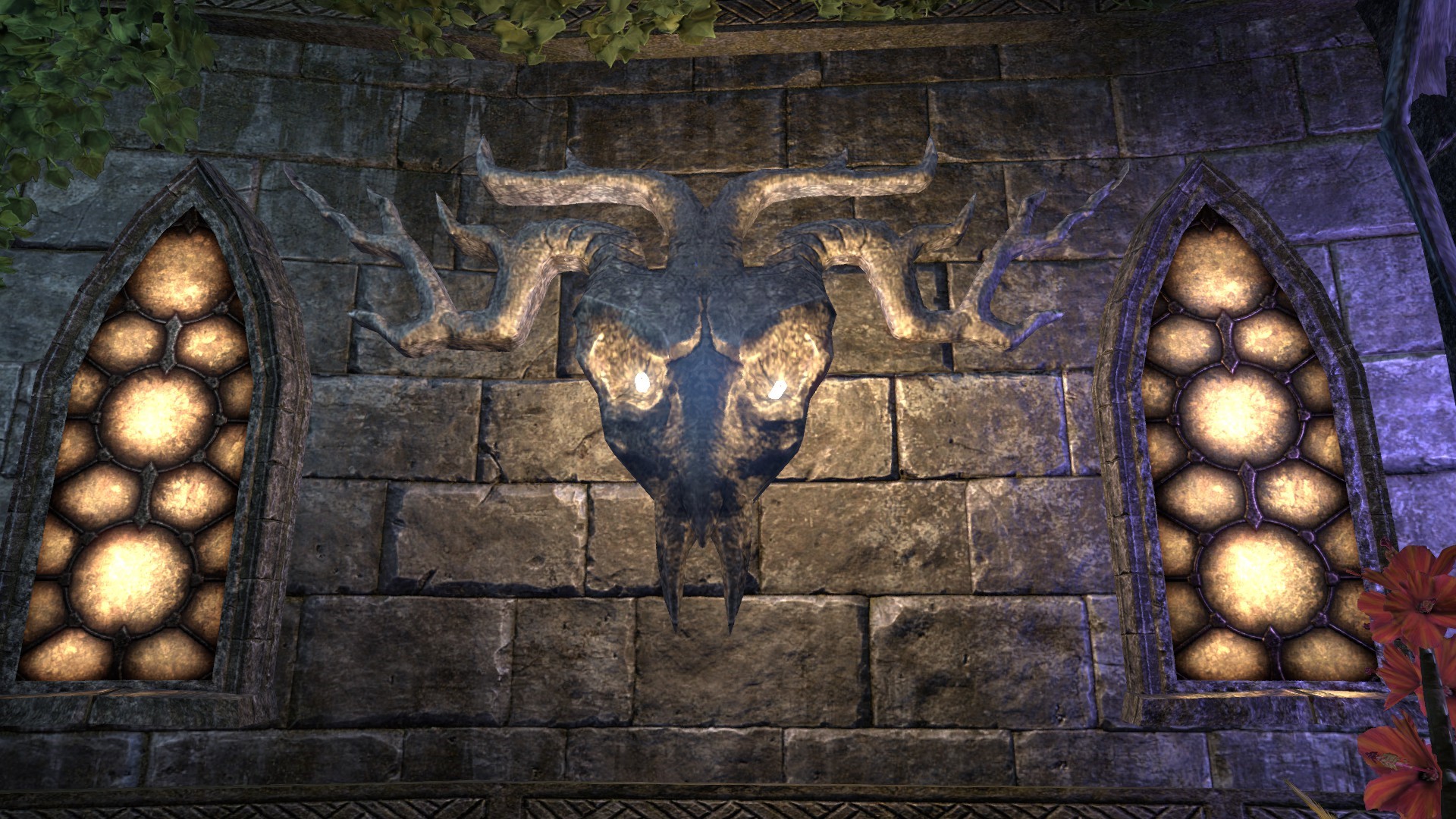 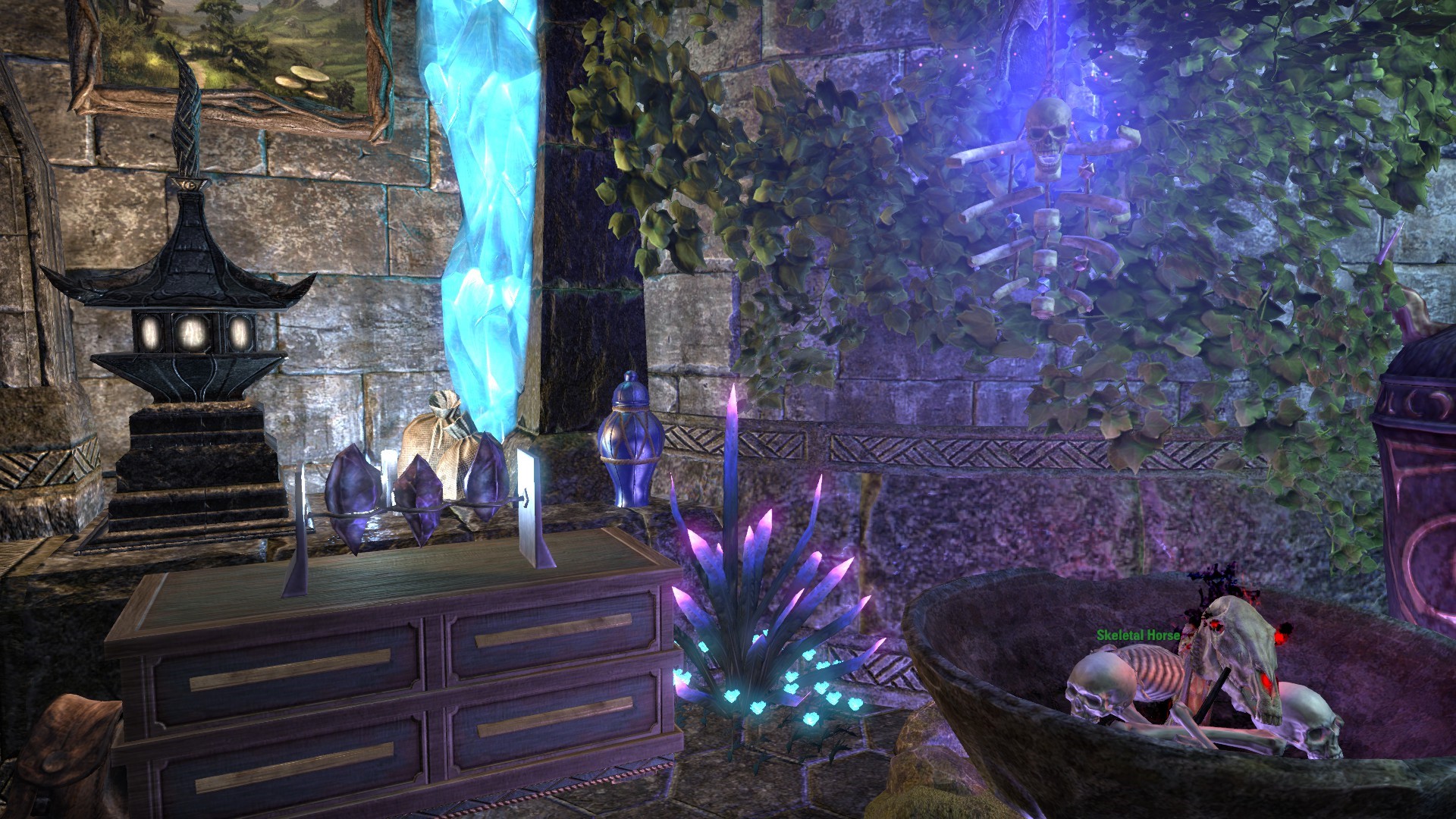 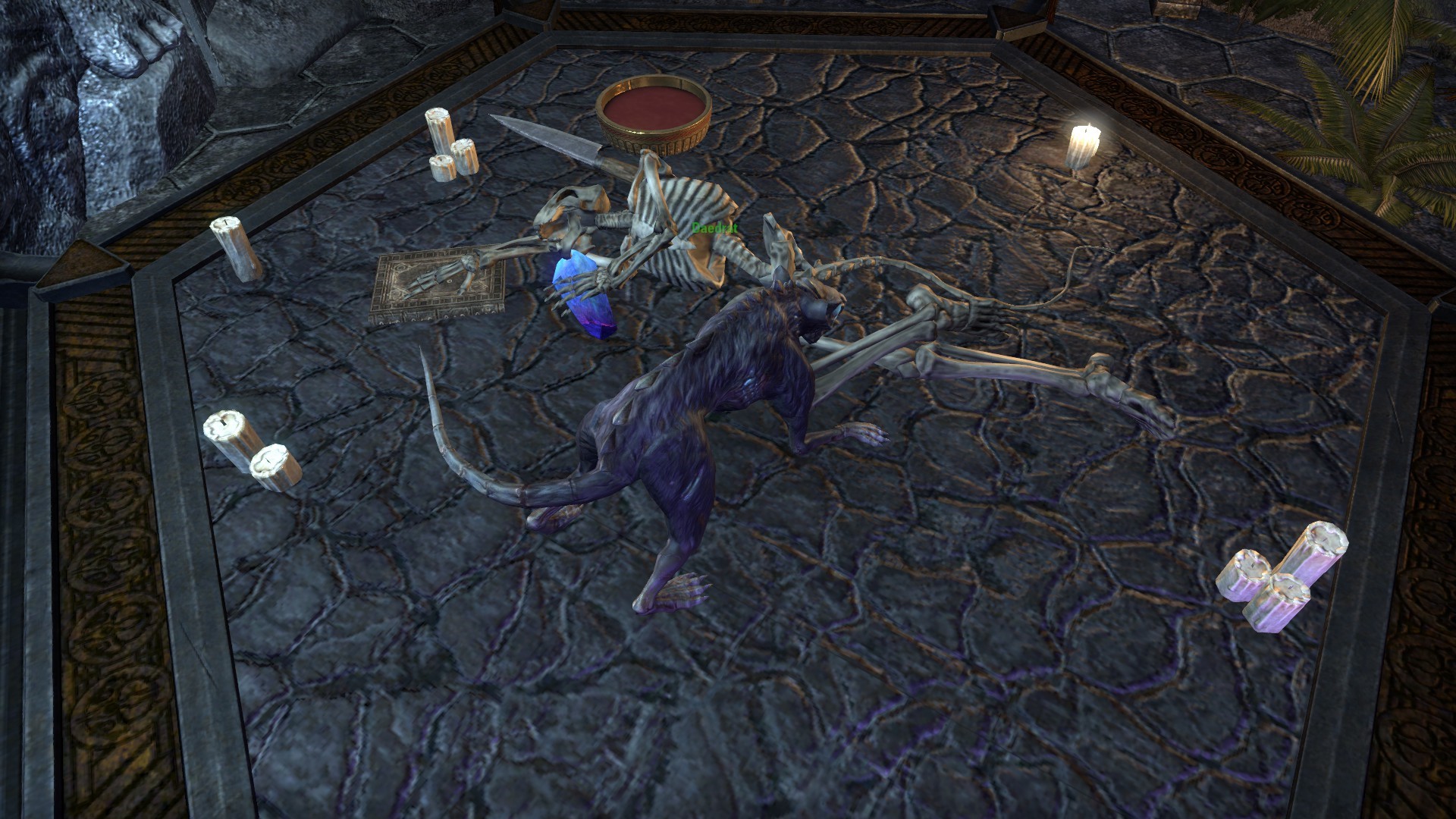 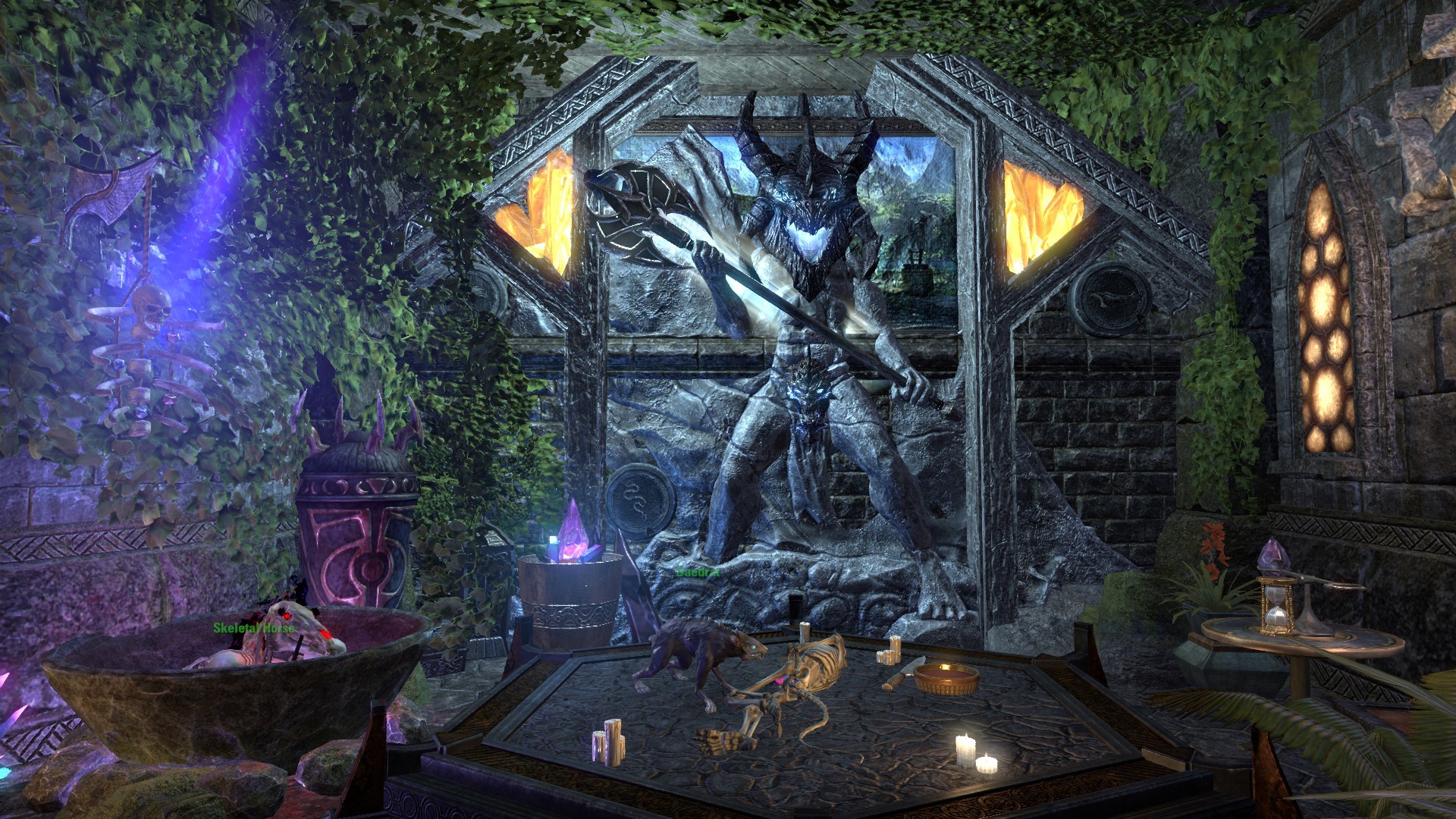 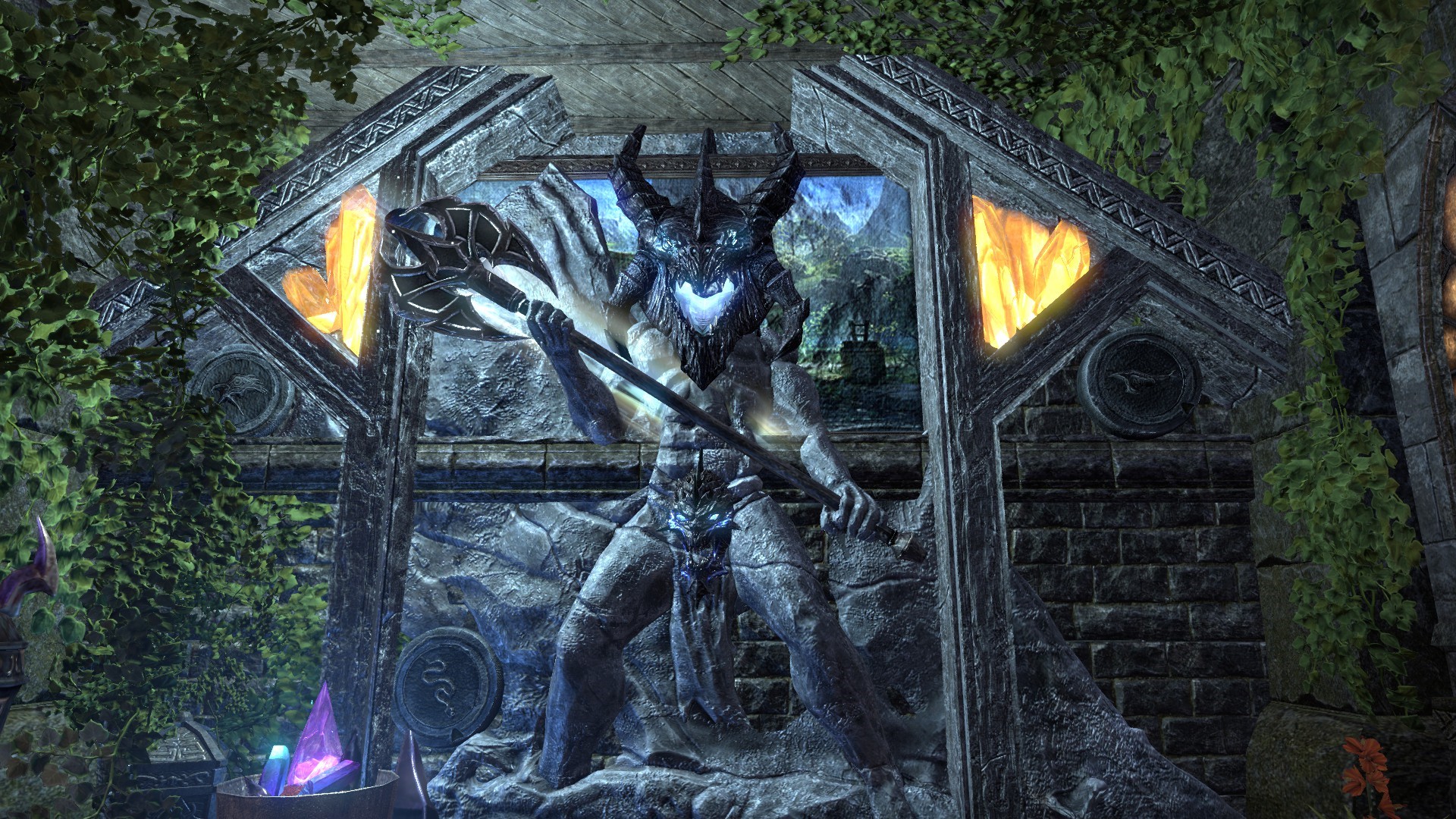