A character inspired by the premise of a Pact victory in the alliance war. A nordic ruler has been placed upon the Ruby Throne and now leads an independent Cyrodiil. The man is battle-scarred, aged and balding. Clad in his ornate imperial regalia, the attire is heavily influenced by nordic dragon symbolism while still sporting the traditional imperial red befitting of any heartland ruler. Oh, most importantly, Torvar wields a good old fashioned two-handed axe like a true nord.

Hail the emperor! Hail the Pact! 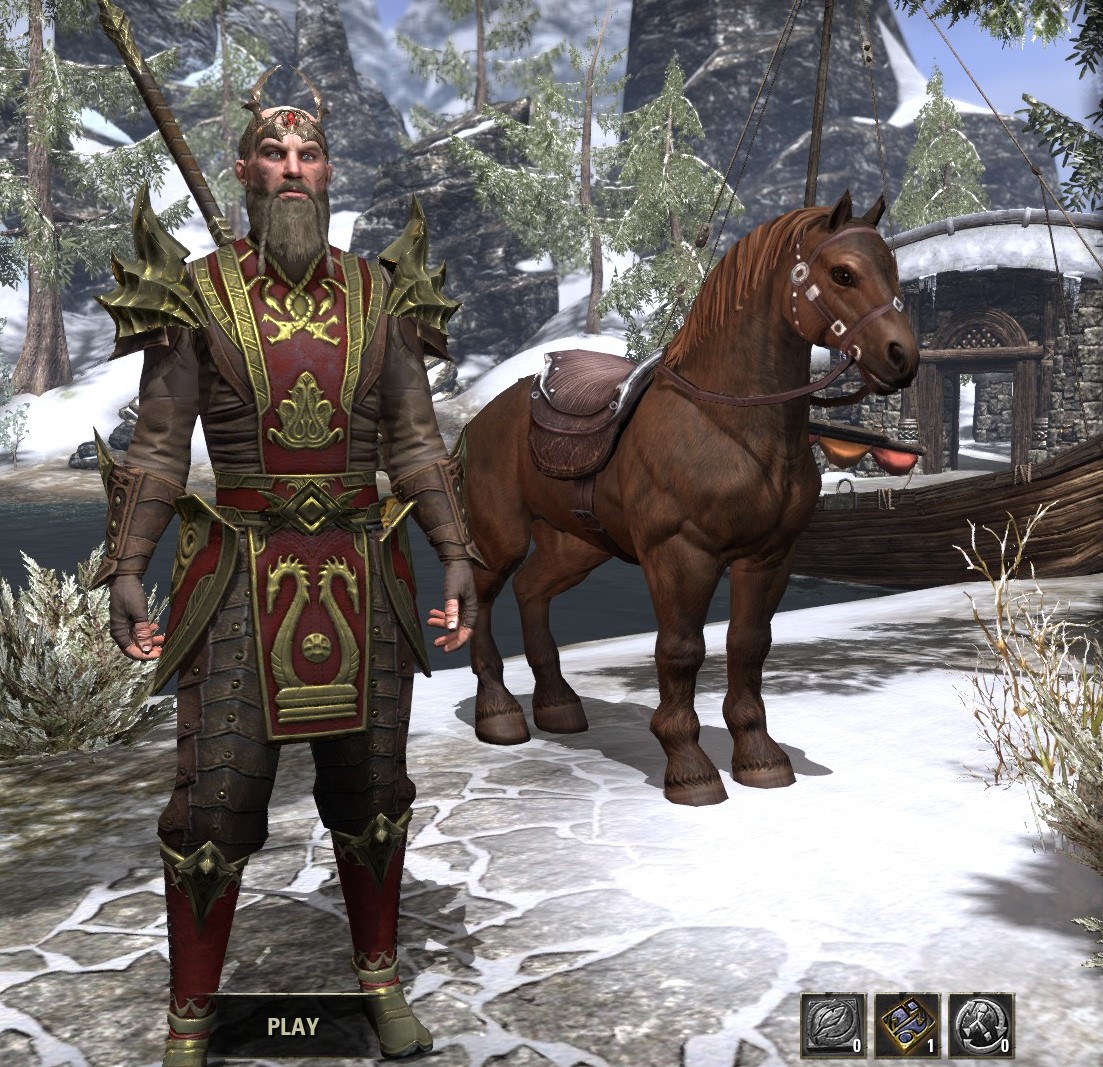