There is so much I want to do with this cave, but I’ve hit the 700 item limit, despite a lot of the loot being trophies and don’t count. I feel like I’ve stripped everything to the bone, and still there isn’t enough room.

This is my take on Earthear Cavern.
The Dark Brotherhood and the Thieves Guild has joined up in a pirate cave that used to be just a place to store loot. They’ve built a shared library where each guild has a corner to do their own business. There is also a shared laboratory that is not approved by any qualified enchanter or alchemist.
The entire East platform is dedicated to loot and treasure. There are paintings stacked up against the wall, urns and vases jumbled any old how, and trophies, busts and statues have been put down where there’s room. A multitude of chests, trunks, and coffers have yet to be sorted through.
Way in the back there’s some more mundane crates, baskets, and barrels. Since it’s not shiny, no one has taken the time to sort that either. 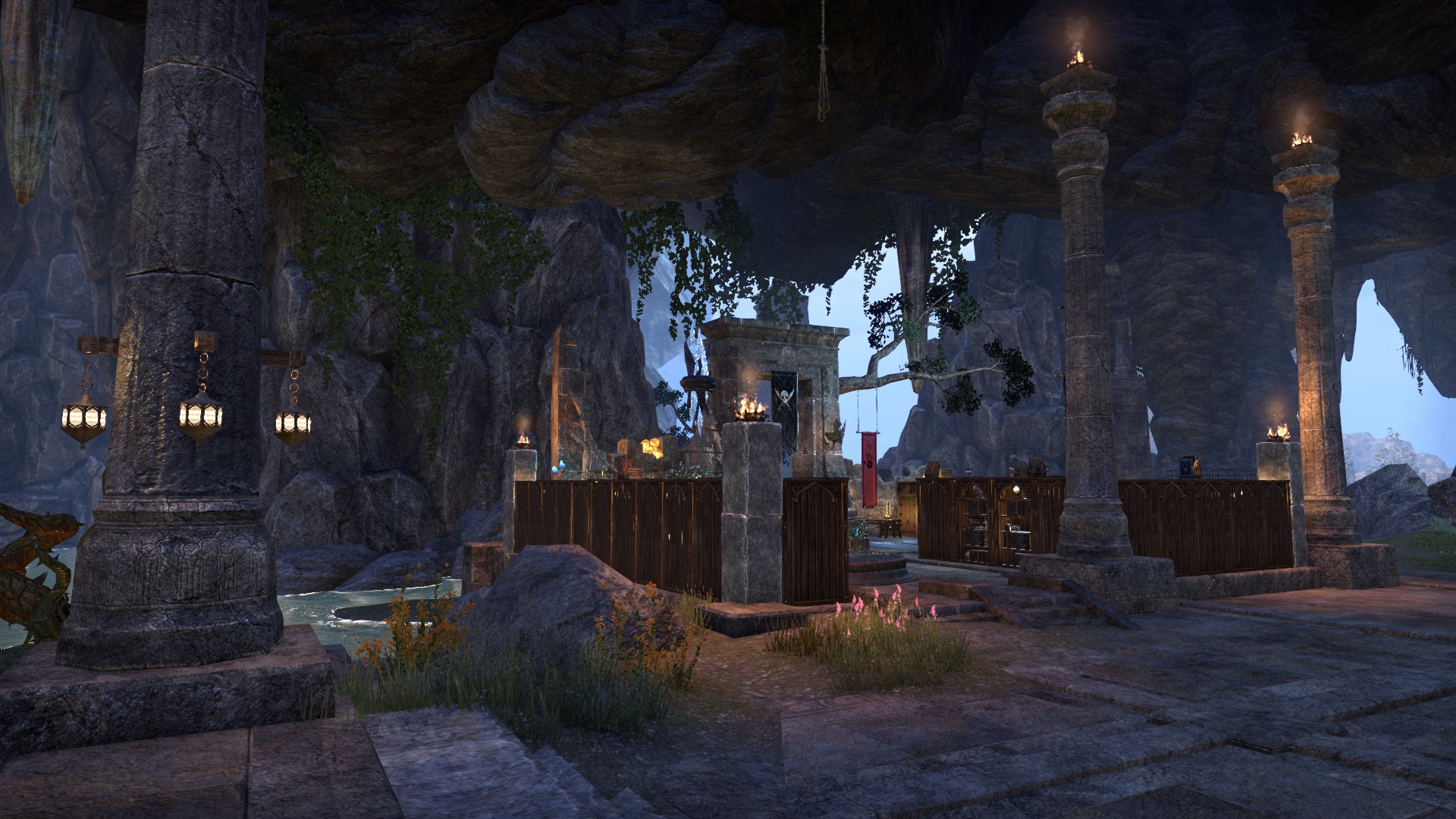 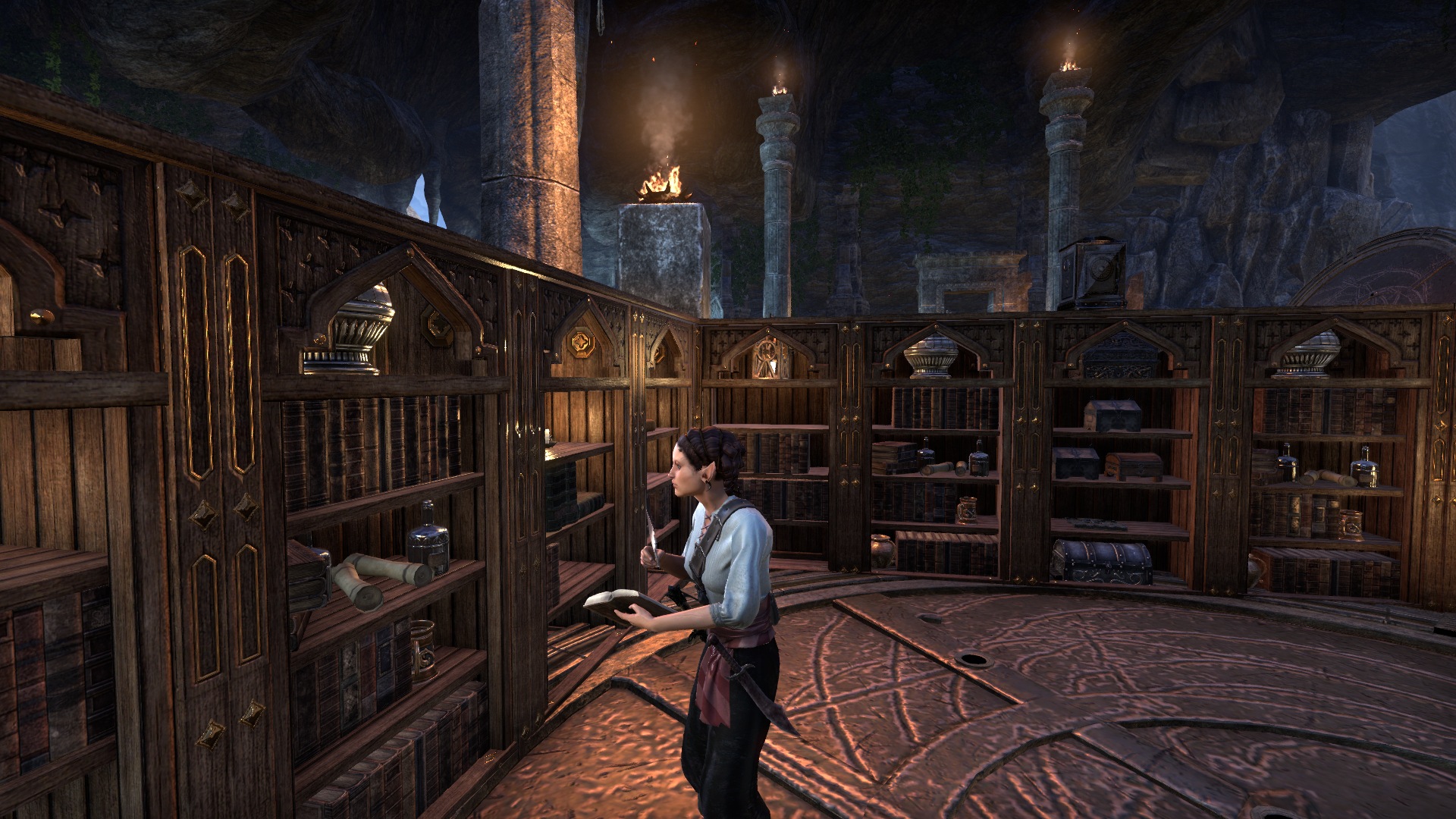 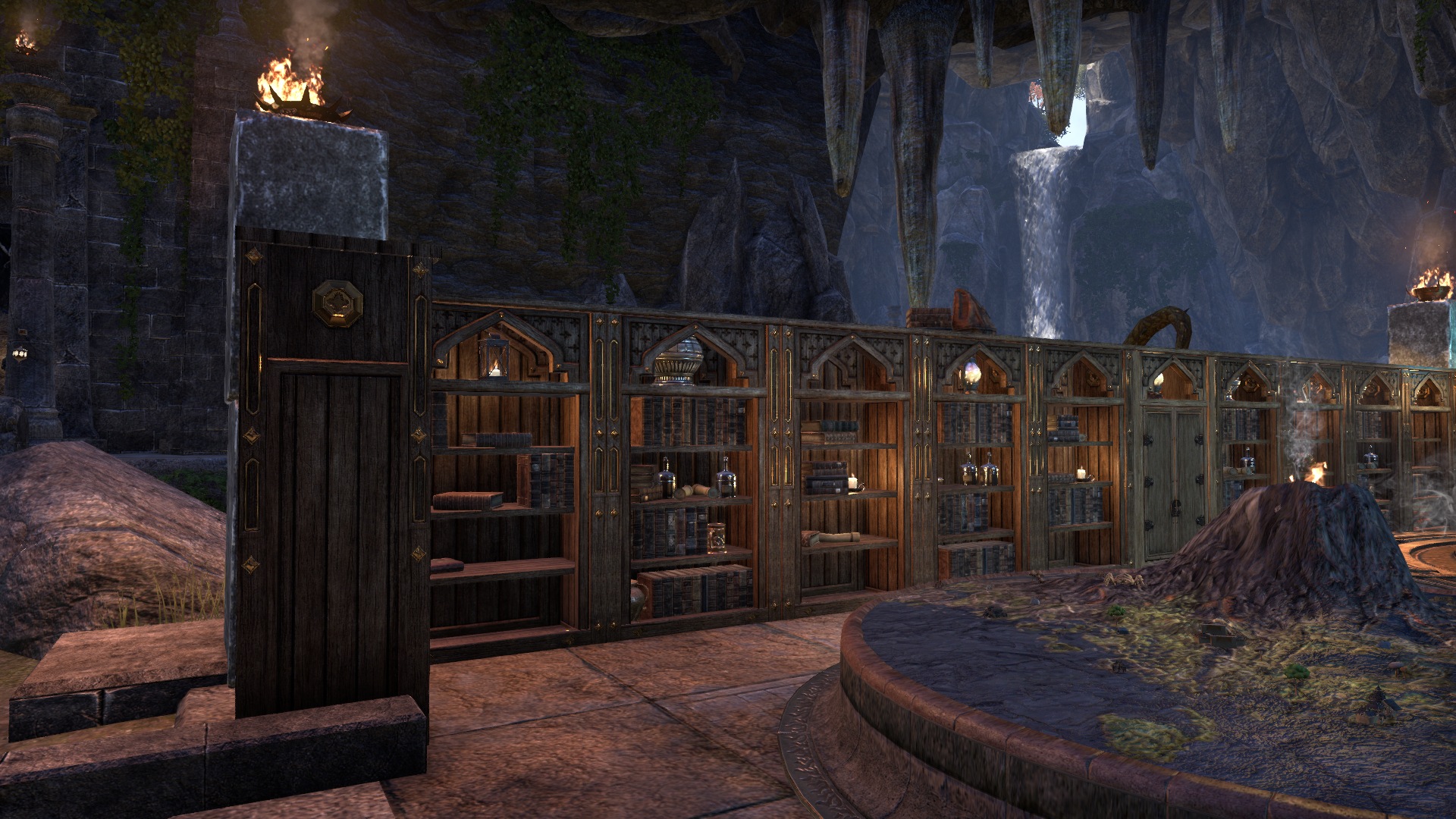 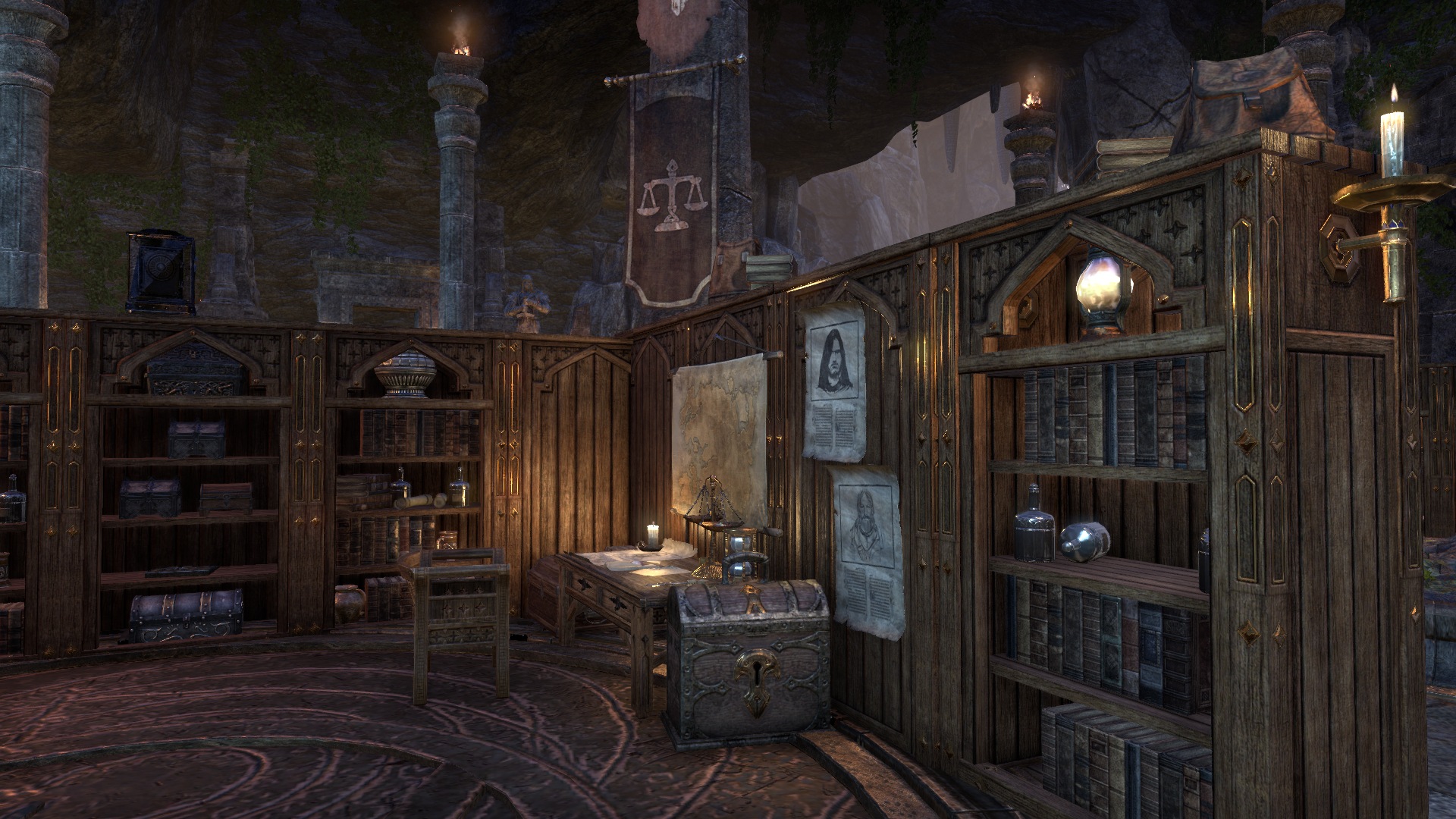 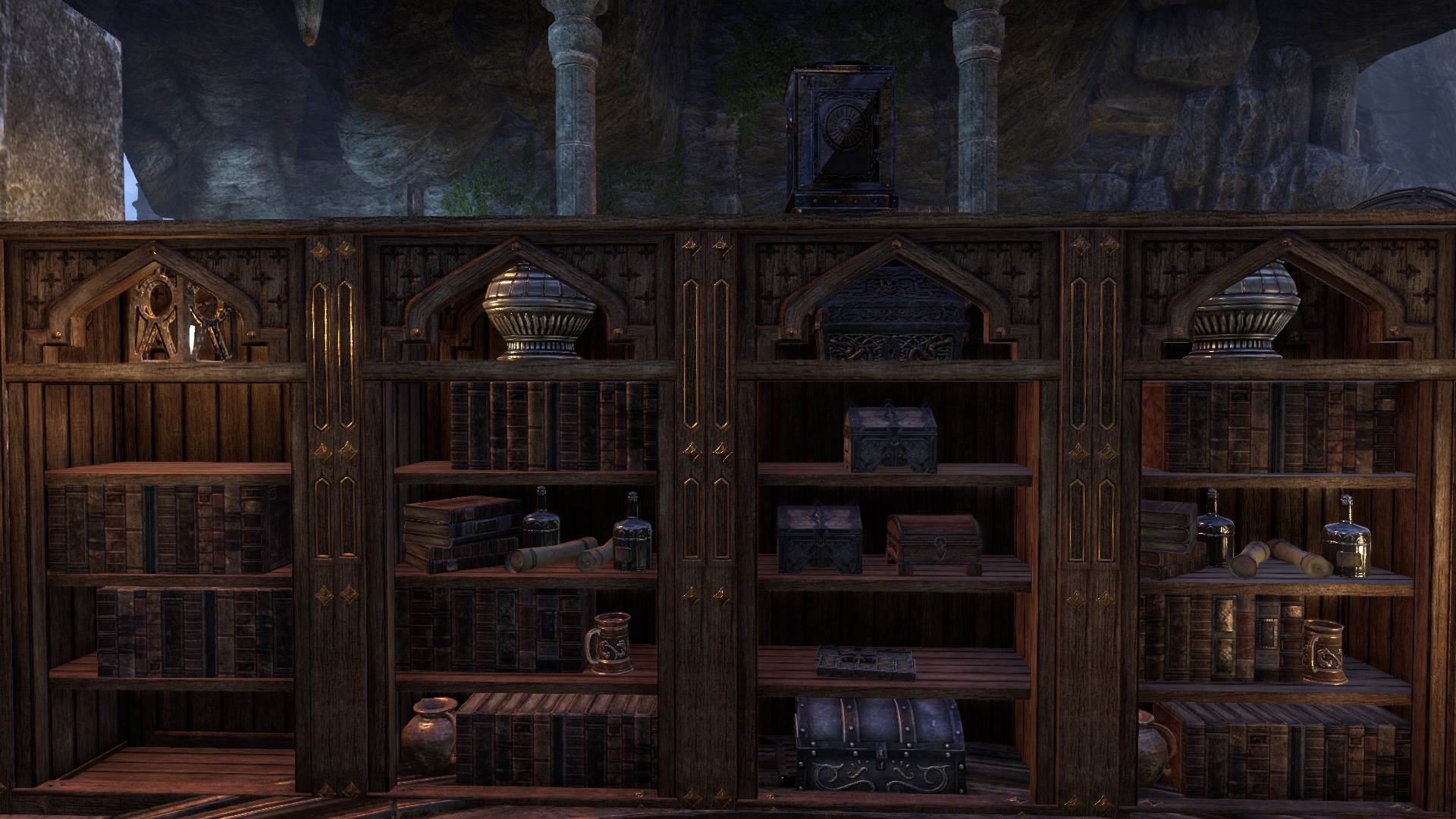 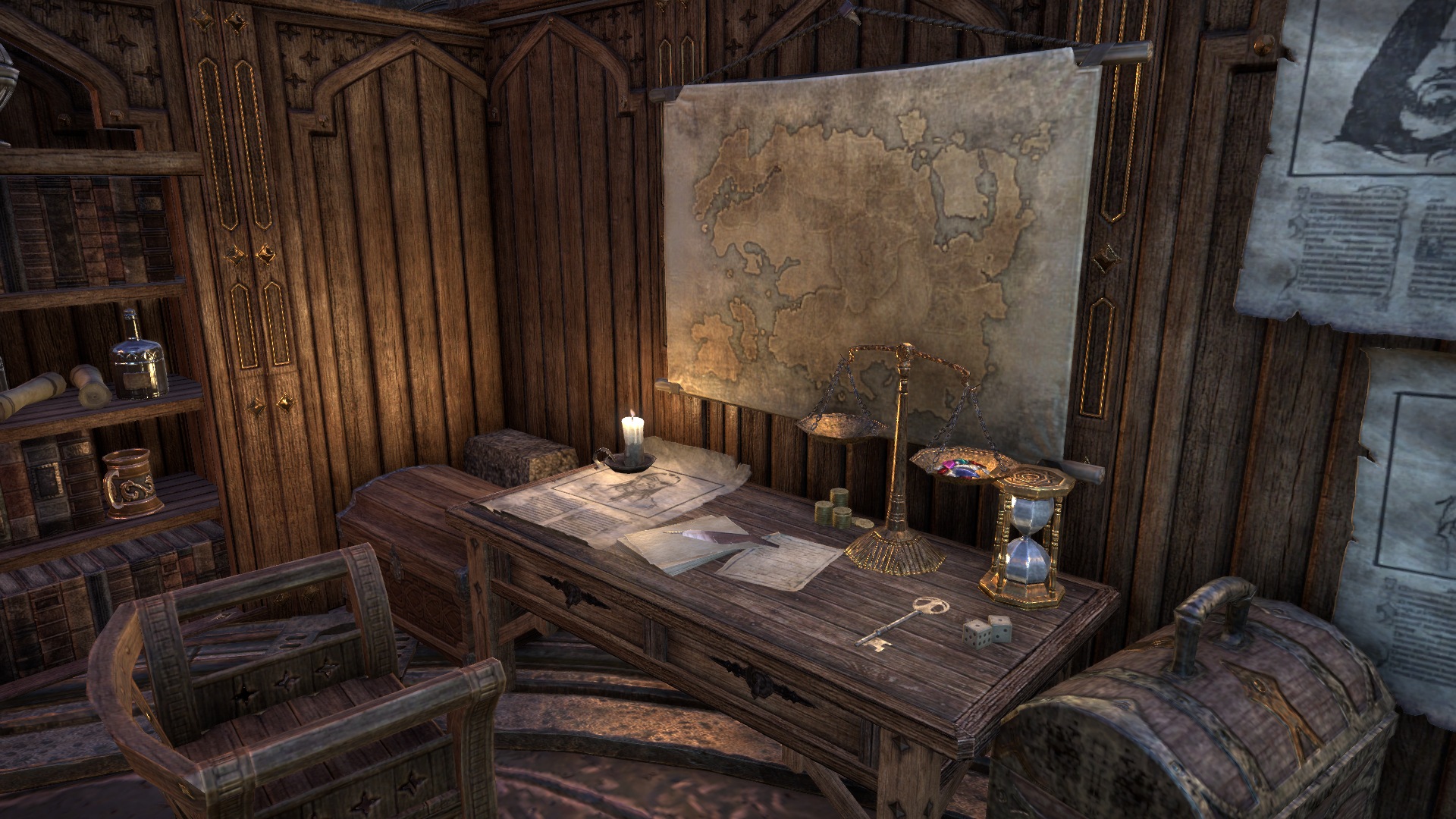 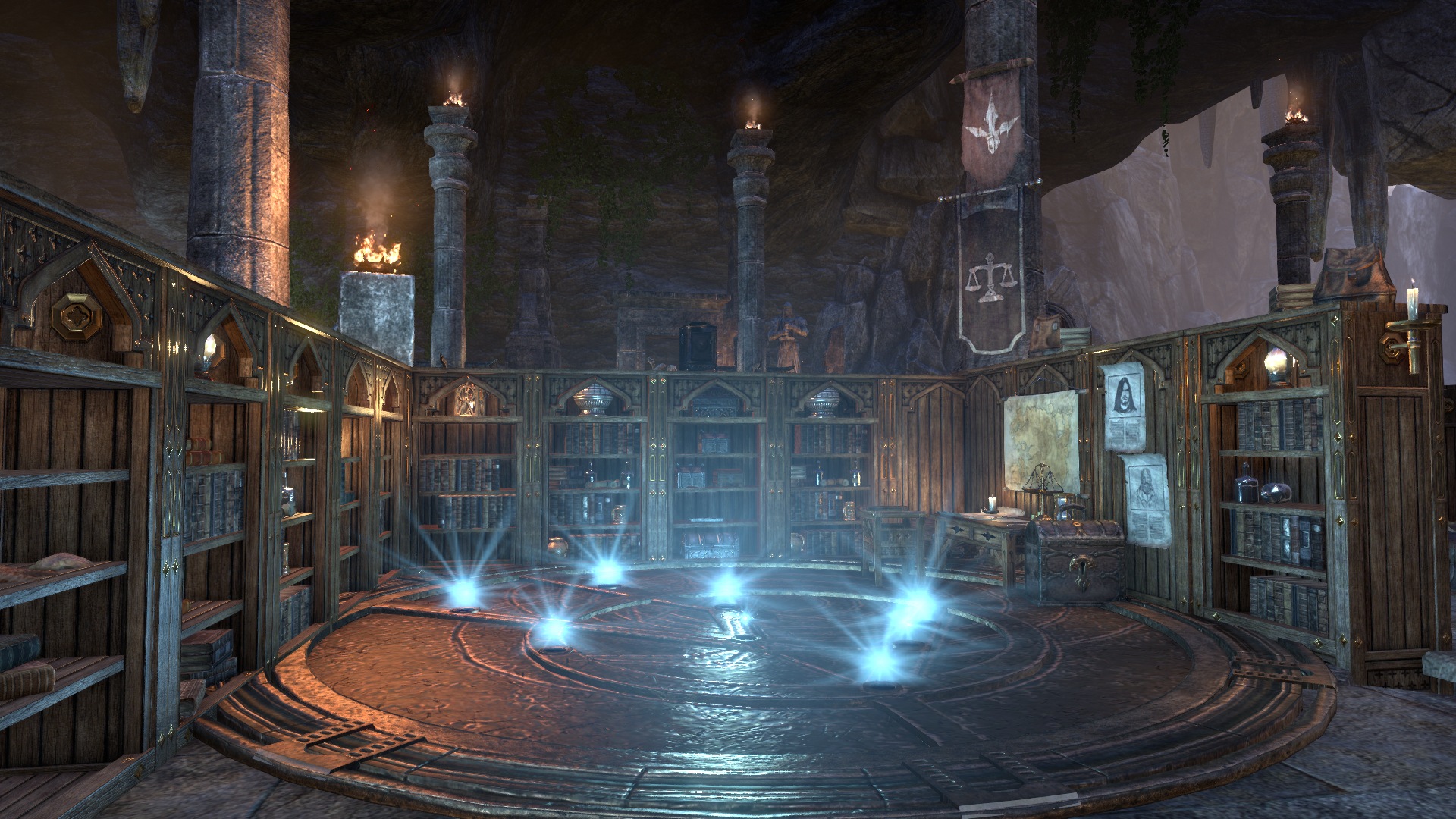 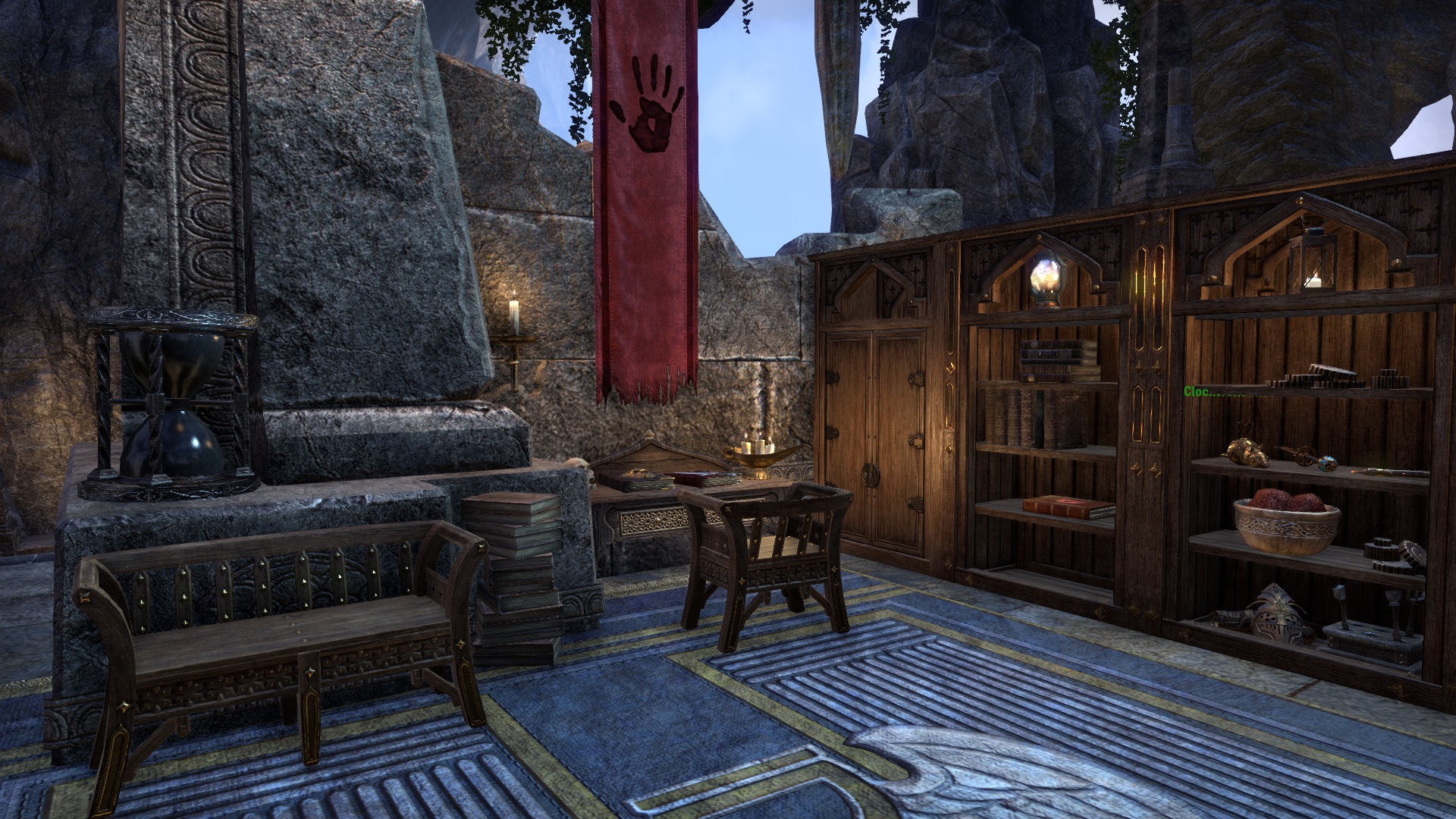 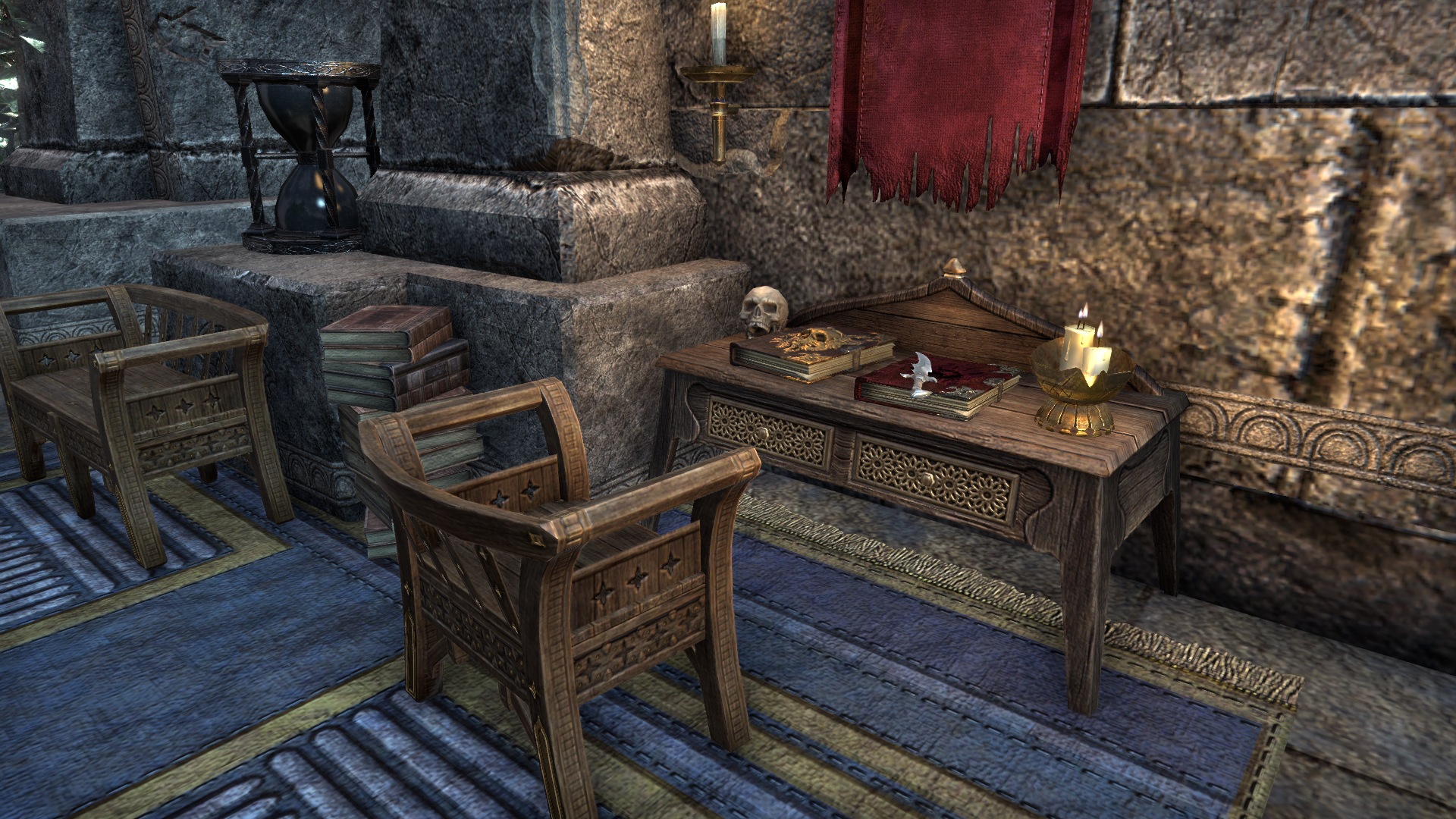 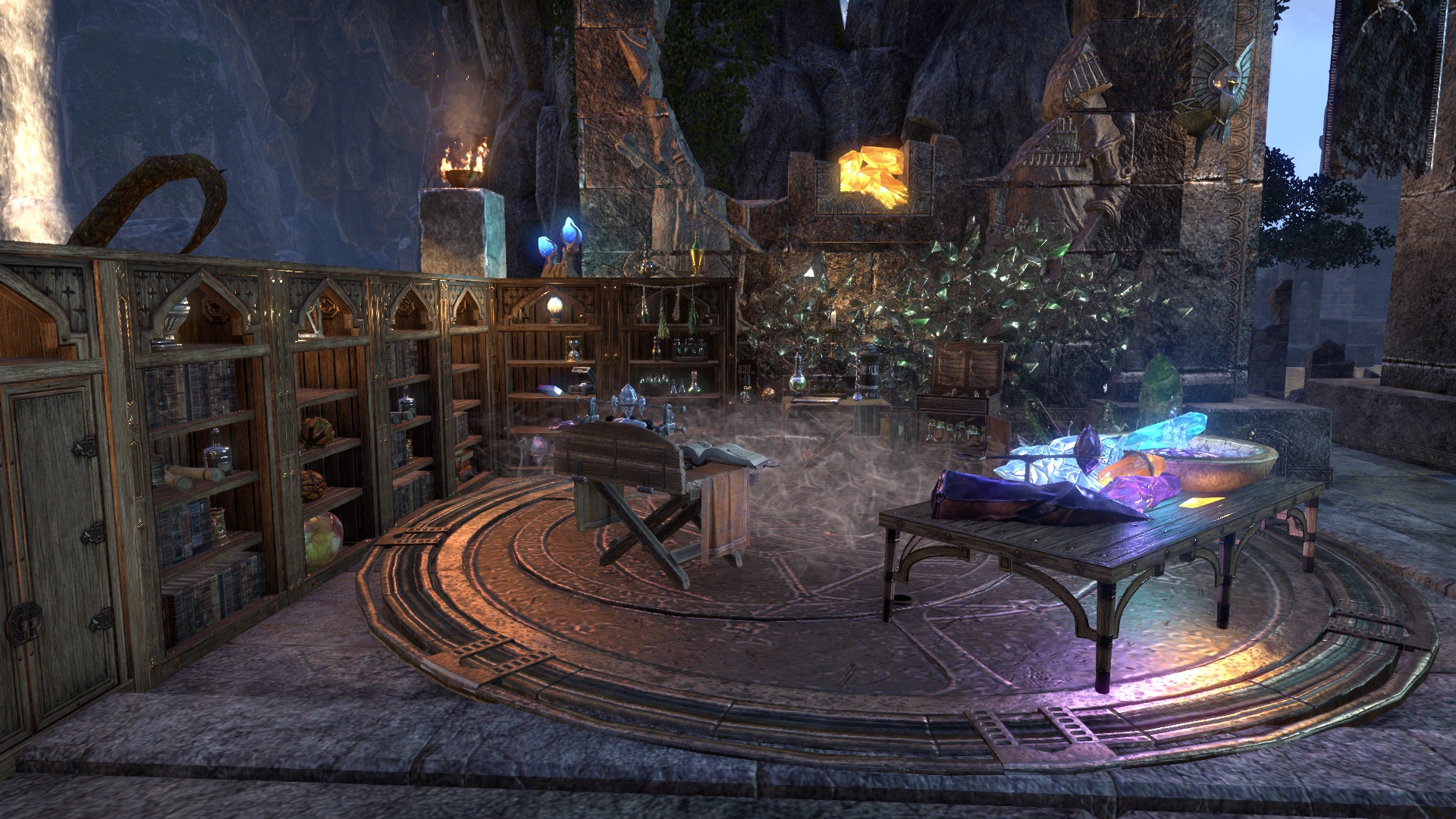 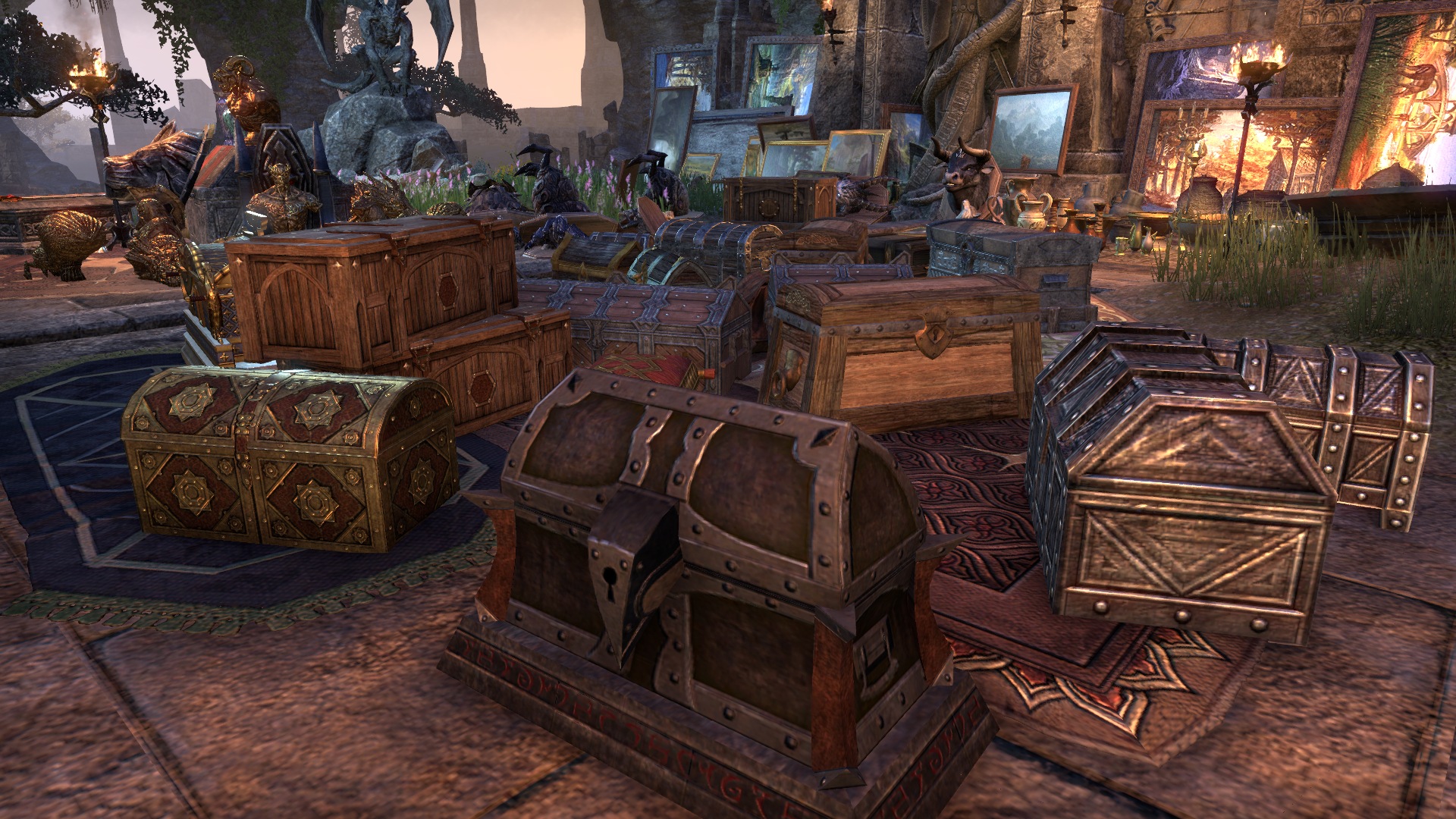 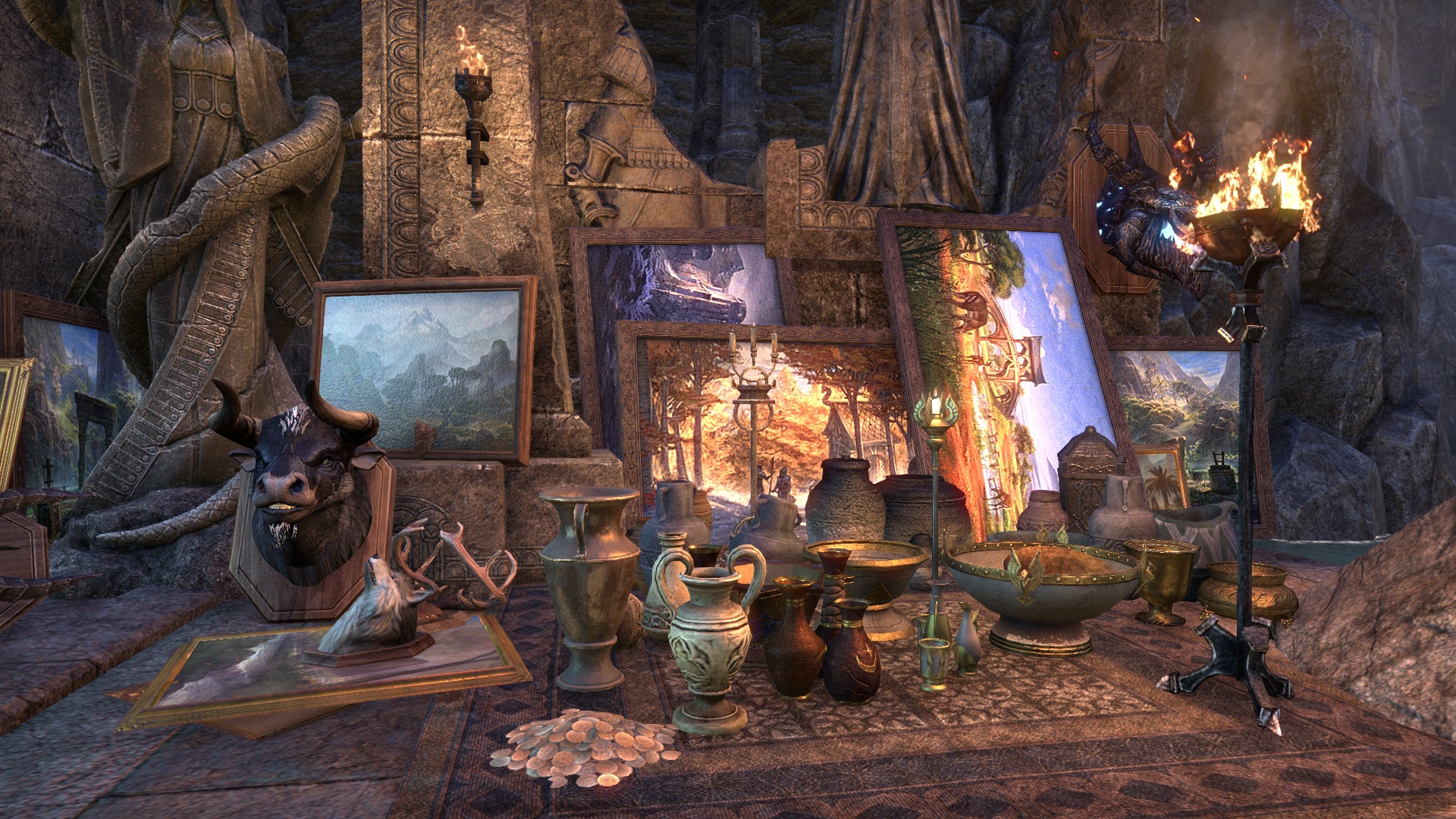 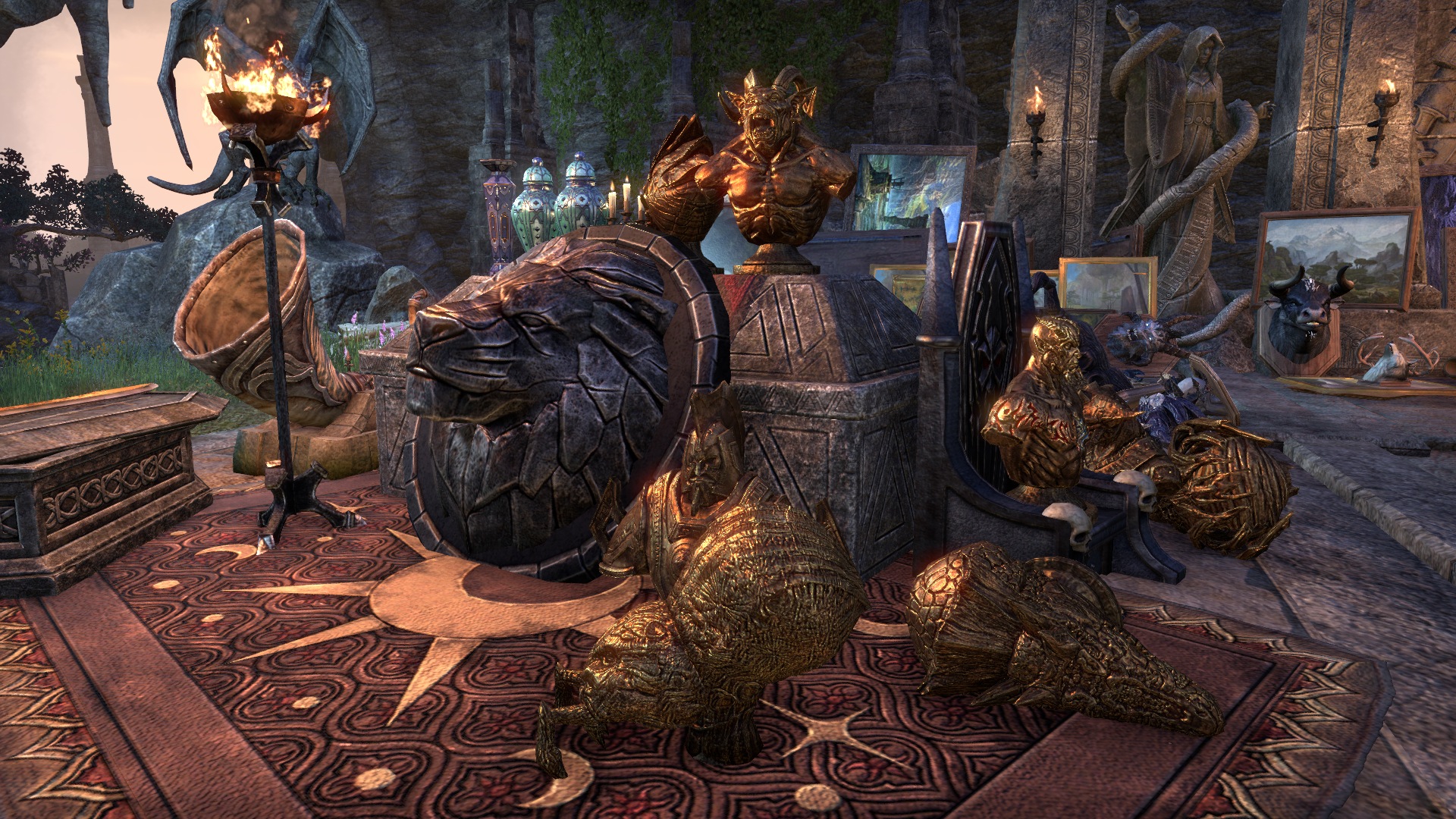 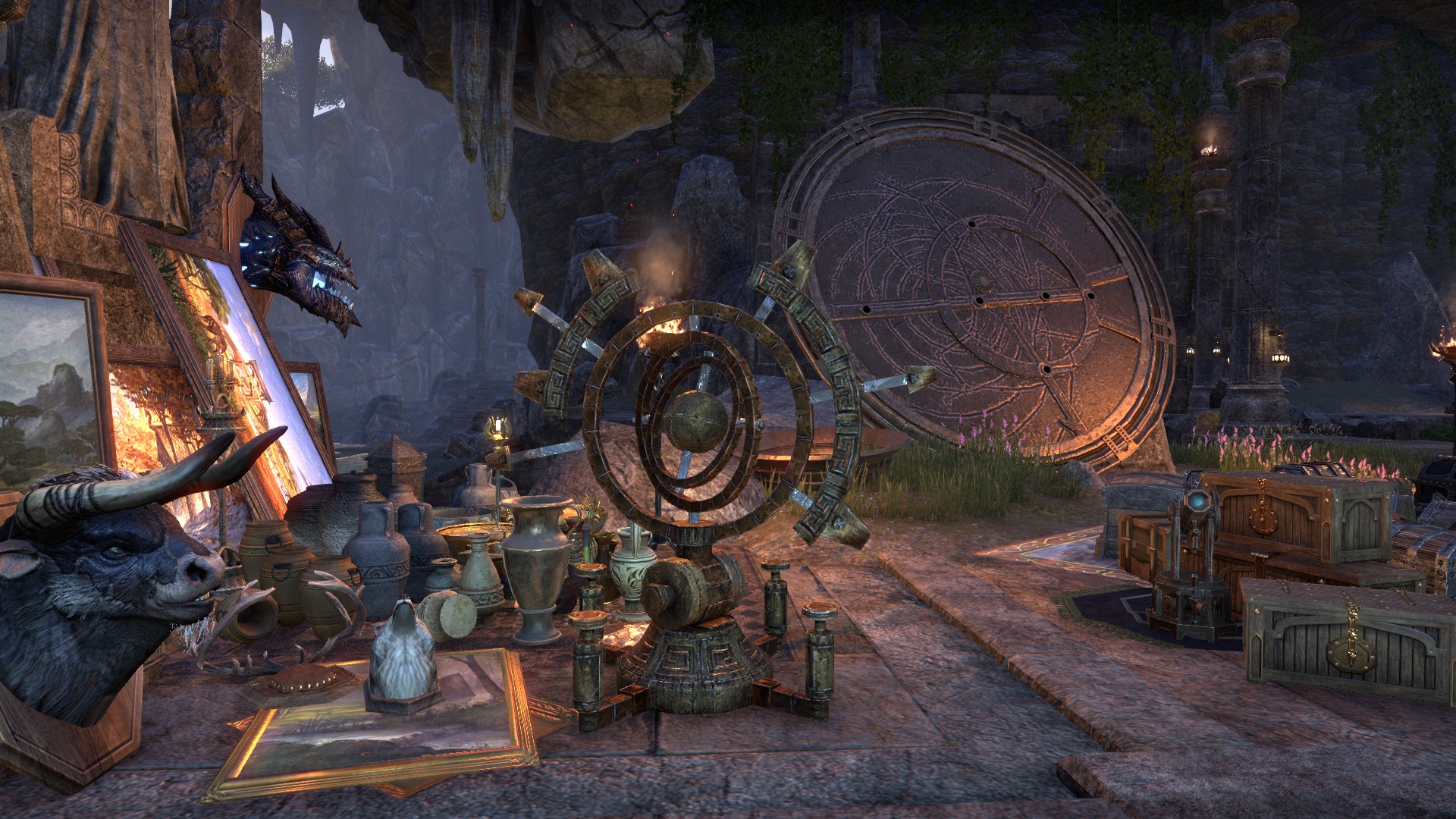 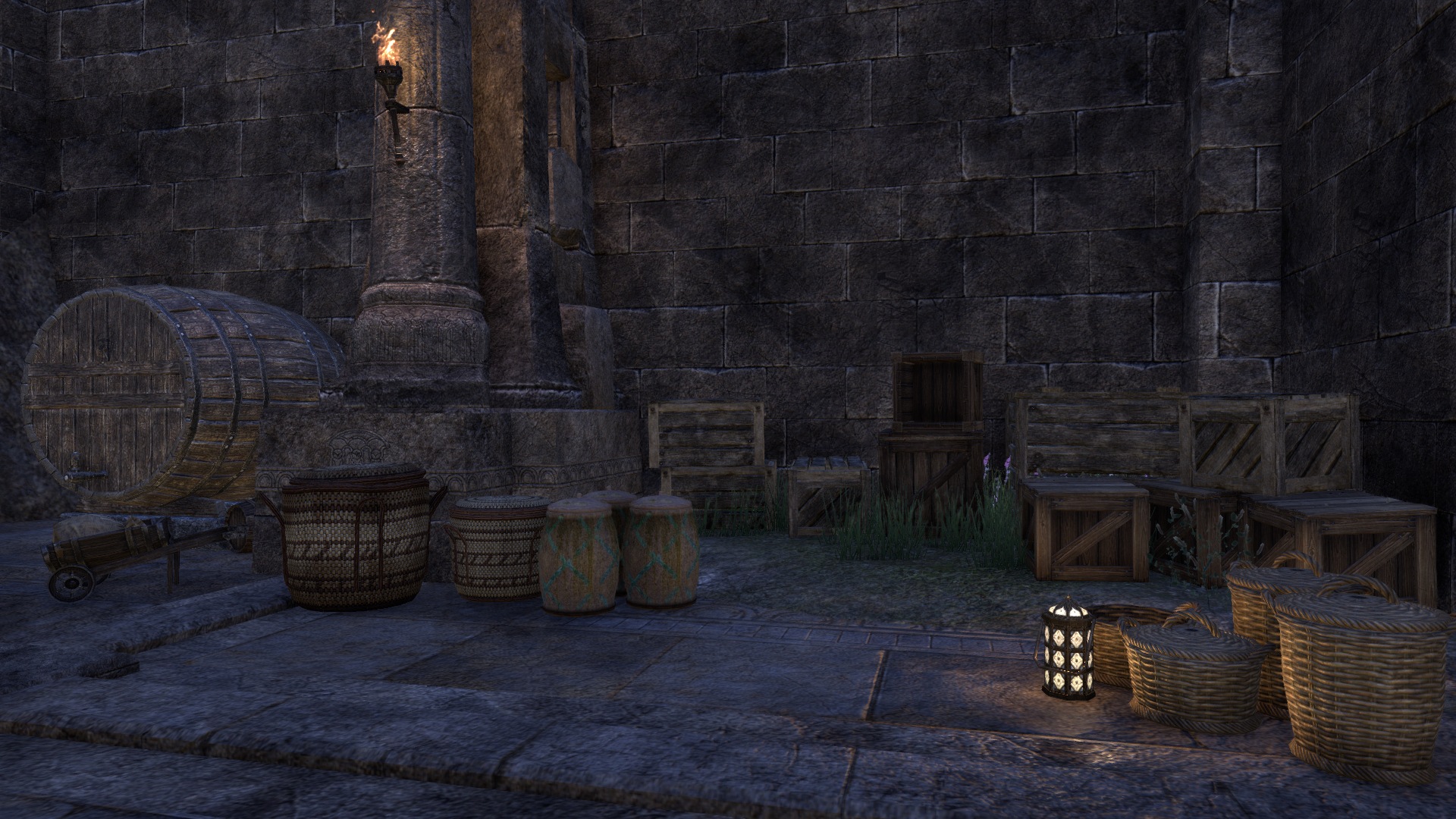