Inspired by a recent insurance company advertisement featuring a beloved cartoon character from my youth, I’ve attempted to re-create Skeletor. This is a High Elf Templar, but just about any race except Kajiit and maybe Argonian could be made to work. In fact, a Night Elf would probably be able to immolate the signature blue-ish hue without having to rely on the Mind-Shriven skin, as I have done. As long as one is willing to carry a staff and a two-handed weapon, the look isn’t that hard to re-create.

Image 1: The inspiration. This is a screenshot from a DVD of the original “He-man and the Masters of the Universe” co-produced by Filmation Associates and Mattel.

Image 2-5: Beyond the mask, none of the motifs used are especially hard to acquire. Fang Lair, and Mazzatun are old enough motifs that the pages aren’t too expensive. Just like you and me, when Skeletor is kicking around his castle, he doesn’t typically wear armor, but when in battle he’ll put on a pair of gauntlets and sabatons that are very reminiscent of the Primal motif style.

Image 6: Skeletor’s preferred weapon of choice is the staff, but he’s also been known to pickup a sword on occasion. The comically oversized Primal 3 greatsword with its up-turned guard, is the closest I could find to the original.

Image 7: Skeletor rode a ferocious black cat named Panthor. I’ve chosen a Dro-m’Atrha Senche for the job, but there are a couple of other mounts that would work just as well.

Finally, you will note that Skeletor is AD. This is only natural because, as anyone who has ever PVP’d in TESO knows, the Zennimax developers treat the Dominion like they’re the bad guys. Thanks for taking a look and… 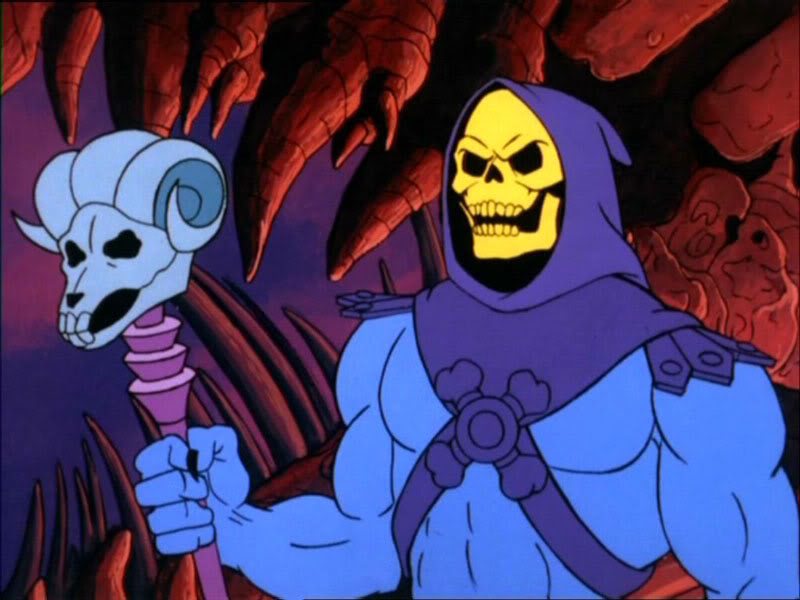 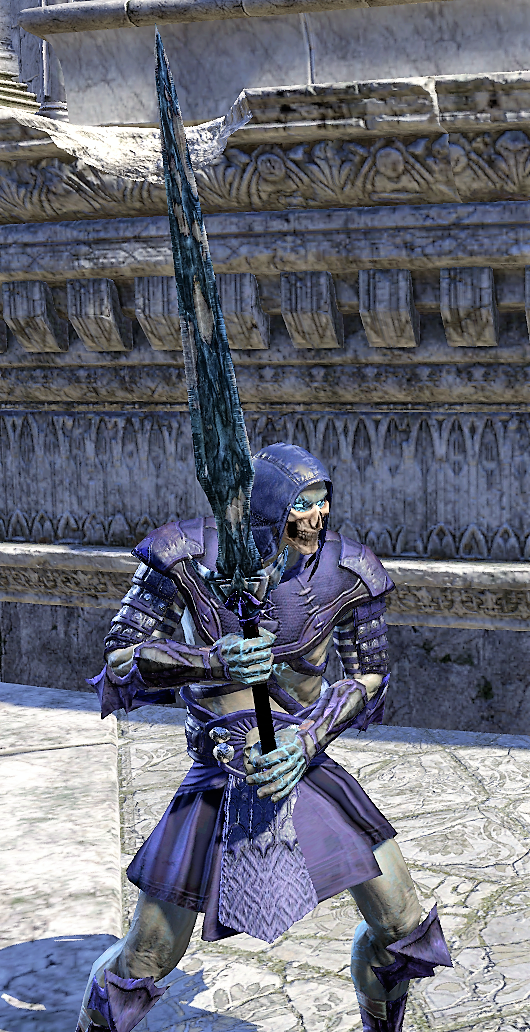 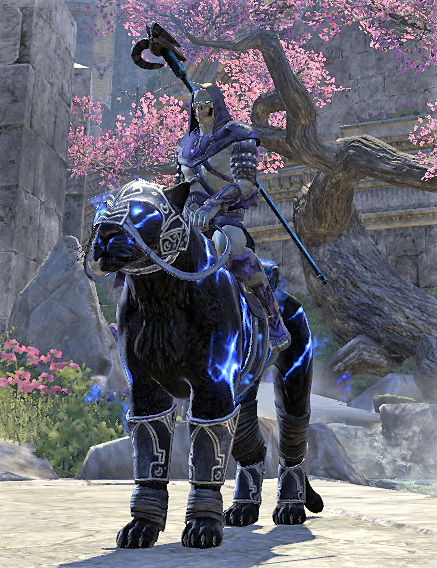