I'm not gonna lie. I'm not a fan of how High Elves (men especially) look in ESO. But with Summerset coming up, I really wanted to make a tough looking high elf who's proud to serve as an EYe of the Queen.

I haven't had much luck with the new outfit system either. I don't have a huge number of dyes or motifs and when you mix and match pieces, they dye completely different colours. The jack especially was just some shade of light blue for almost every colour I tried on it.

When I dye gear (or more often costumes) I like to keep them in their faction colours but I could not get any strong gold or yellow to stick on the chest piece so I had to think of another signature colour for him. I'm not sure how I landed on green. I hate green in real life. I don't think I even own a single piece of green clothing but I also don't have golden skin so there is that.

Long story short, after hours of fiddling and hunting down alternate motifs in guild stores after plan A turned out to be a failure, I ended up with a look I really love so I thought I'd share.

I hope it can save someone else some of the headache if they like the look and need inspiration. I have to say the new outfit system is cool but it really shouldn't be this much work… 🙂 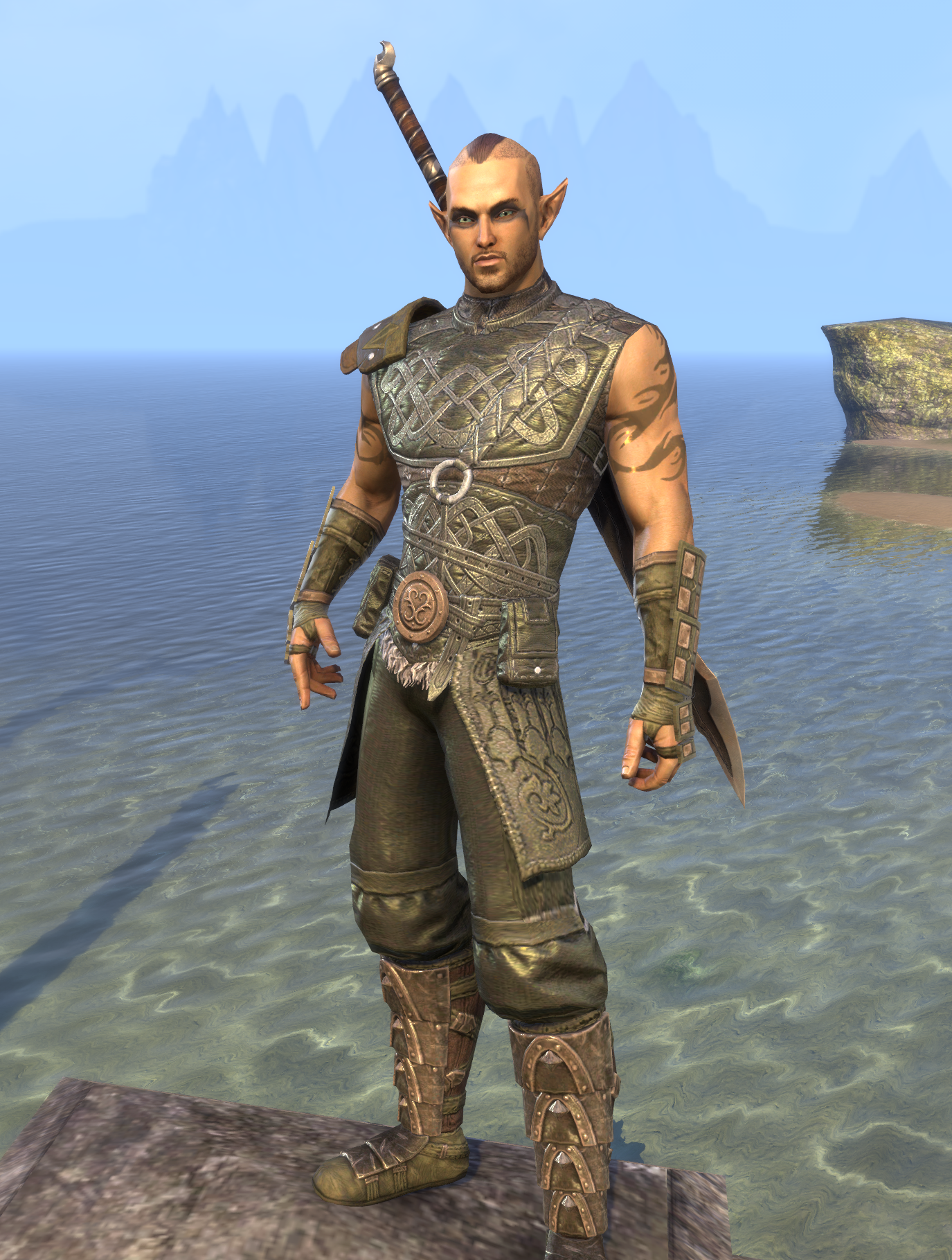 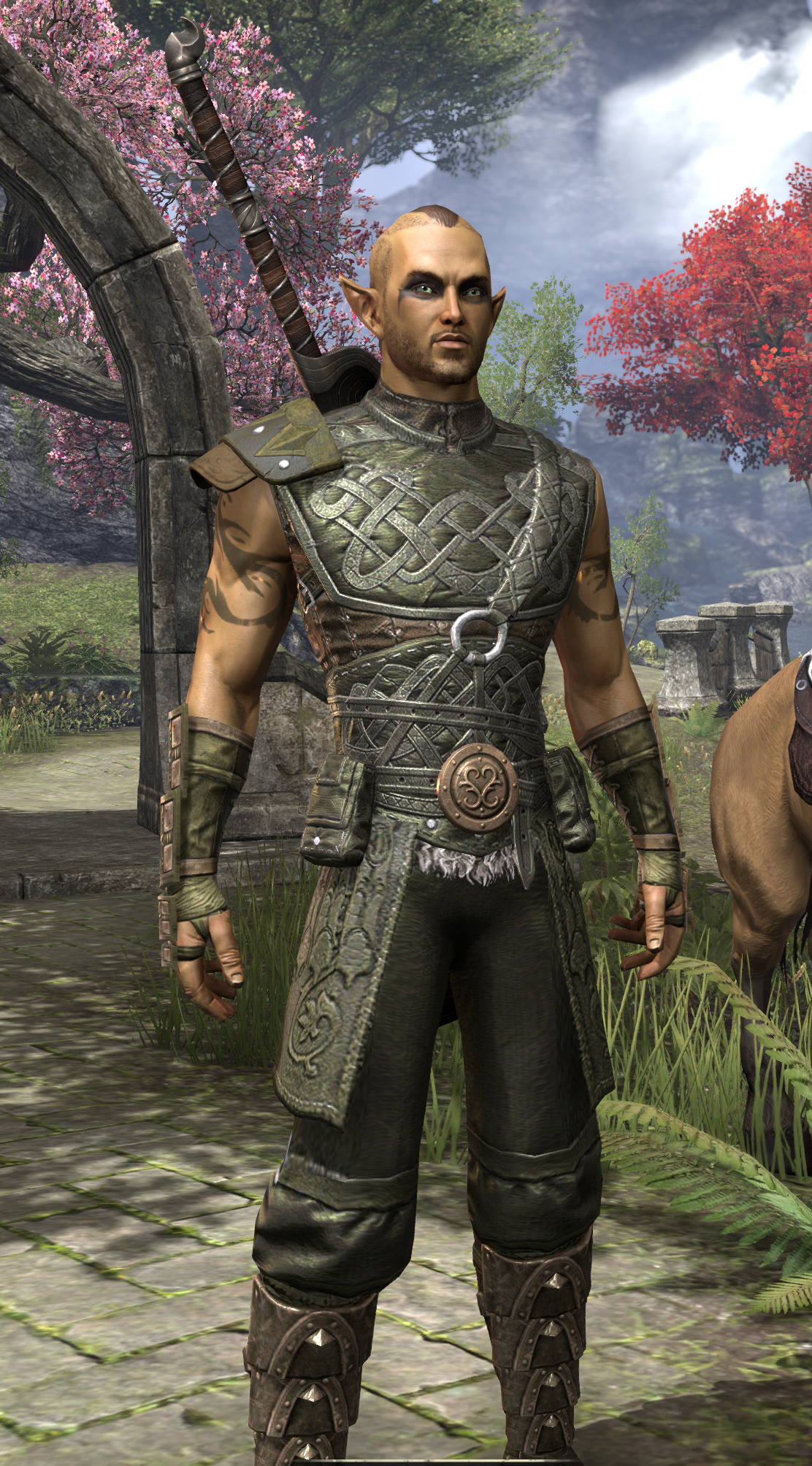 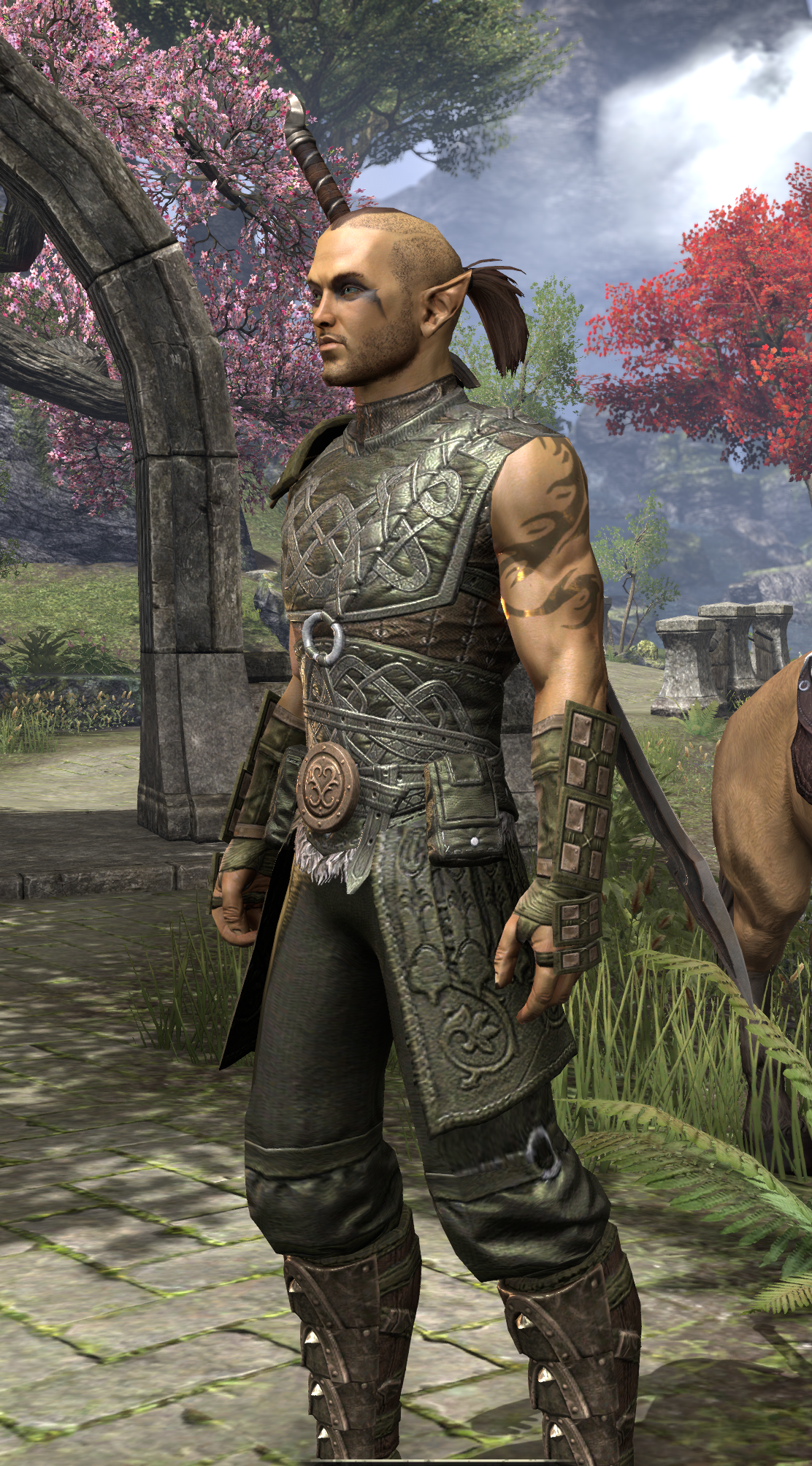 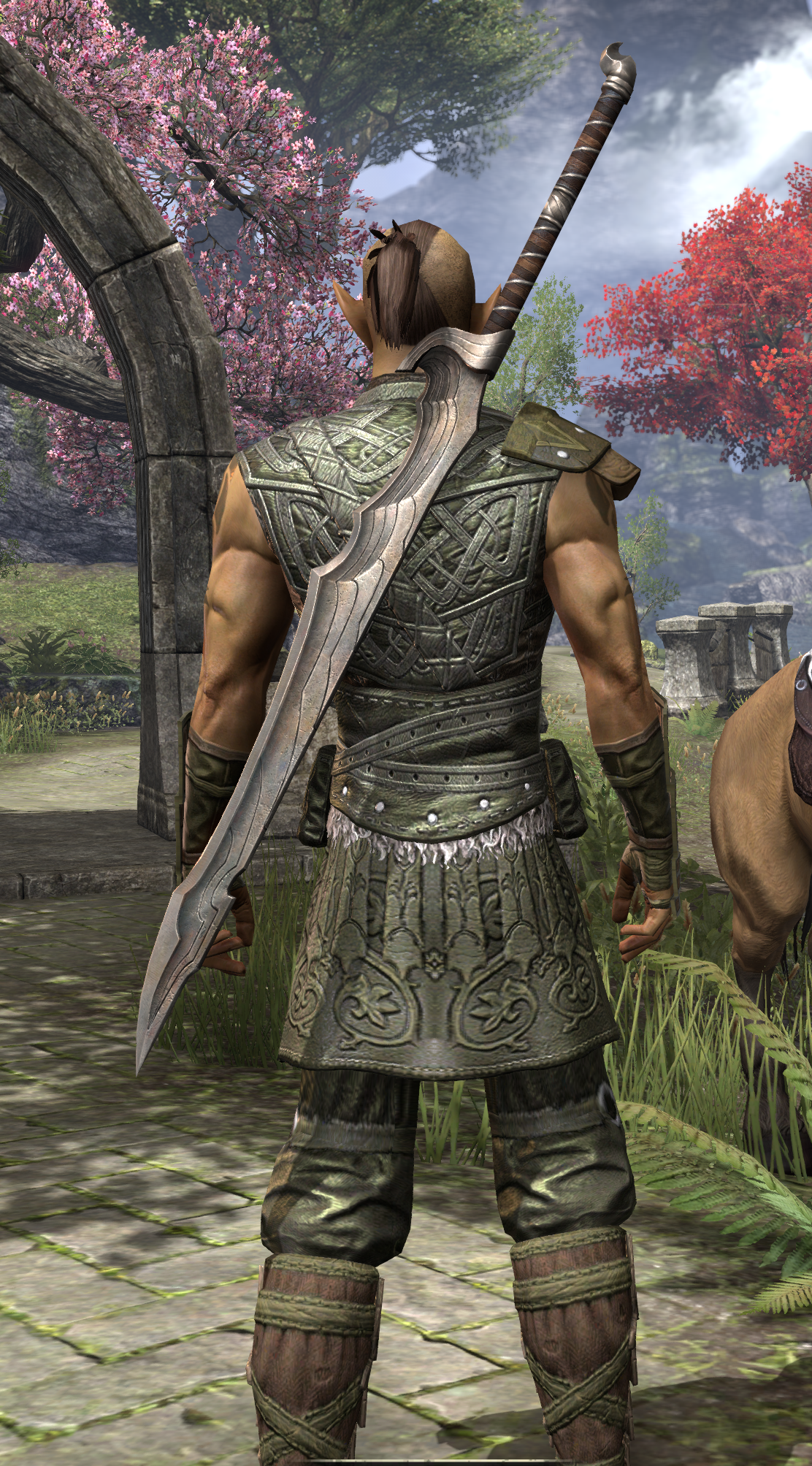 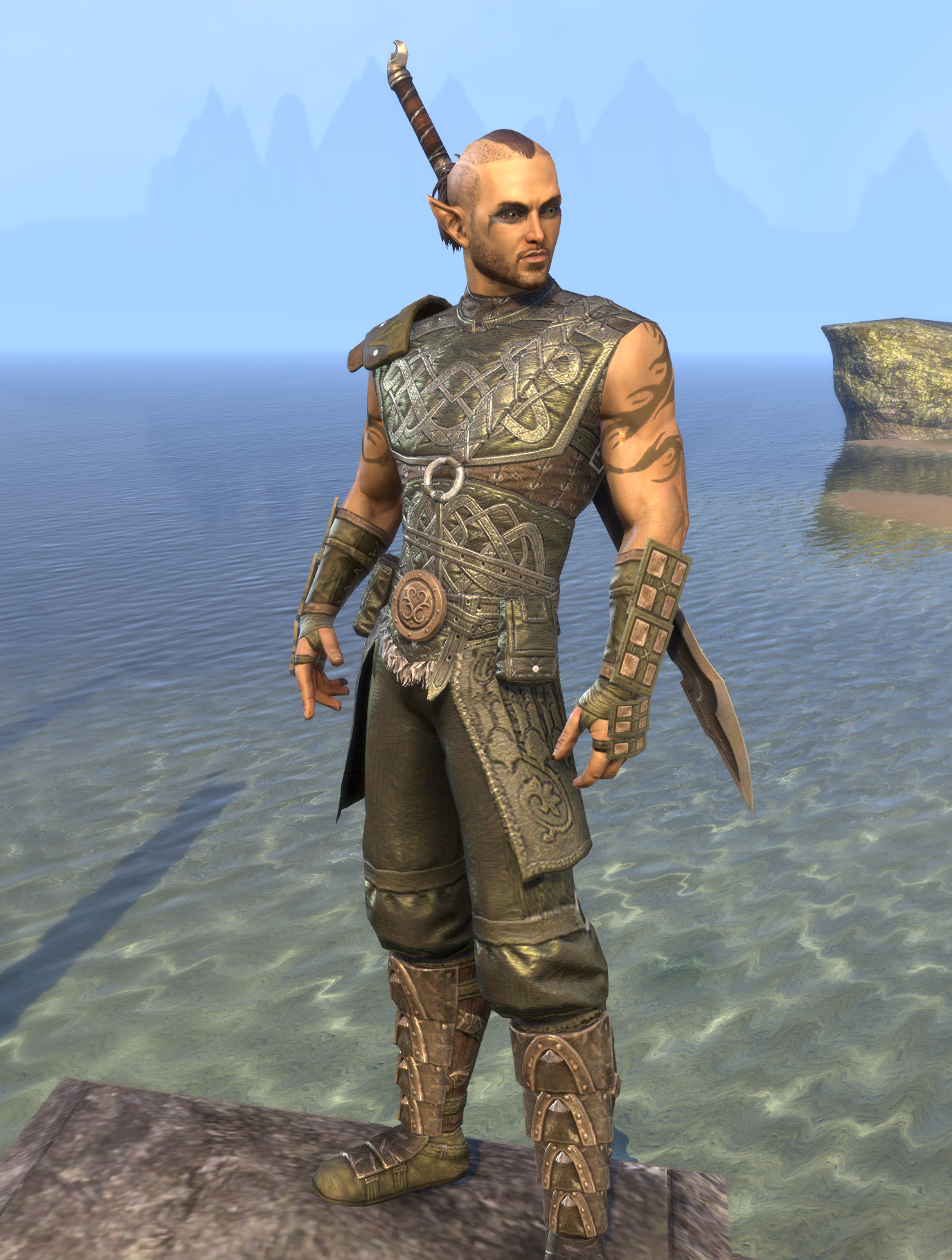