Esadur was born in Choroll and now lives in Alinor. He is a master weapon- and armorsmith. He was inspired to craft the armor armor presented here whenever he saw magical sunlight reflected in the strong, prisitne white marble of his favorite city of Alinor. The imperial-style form of the outfit is a nod to his roots close to the Imperial City. Esadur traveled all over Tamriel in his young years, clearing every dungeon, making lots of friends, and finding many treasures hidden in the various lands. His last adventure was defeating Molag Bal. After that, he joined the war in Cyrodiil, where he is currently fighting for the Aldmeri Dominion.

Esadur is a Stamina Dragonknight, using the "Legion" build from Alcast. 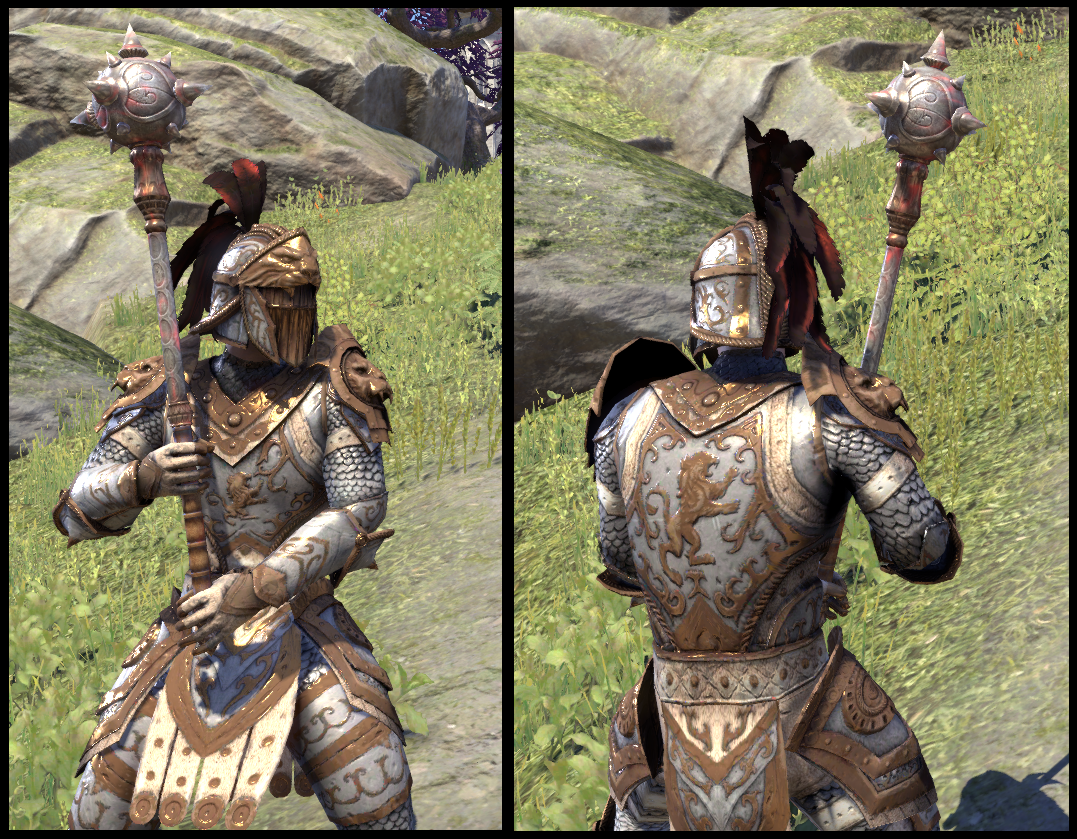 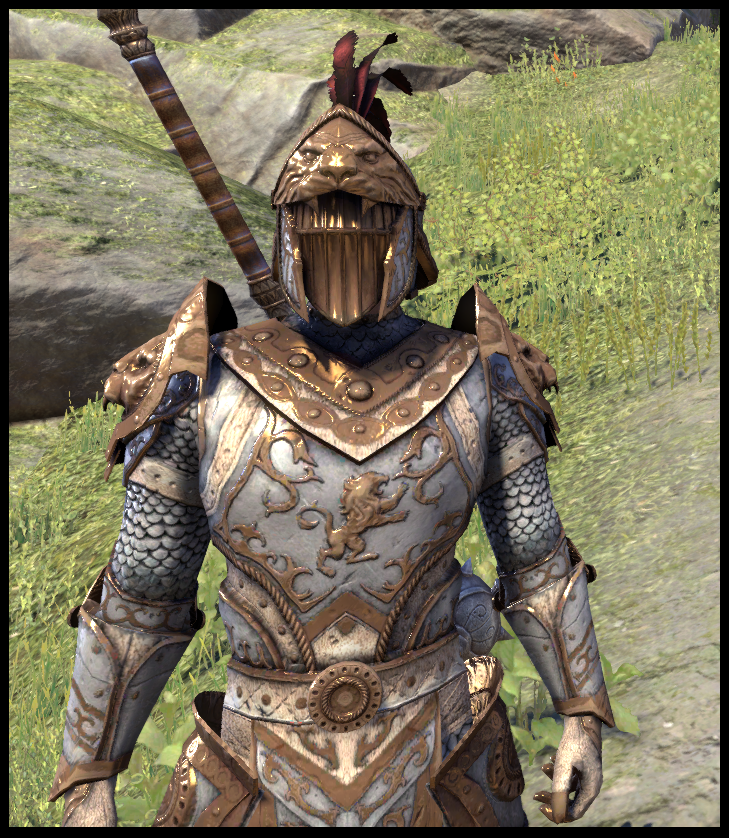 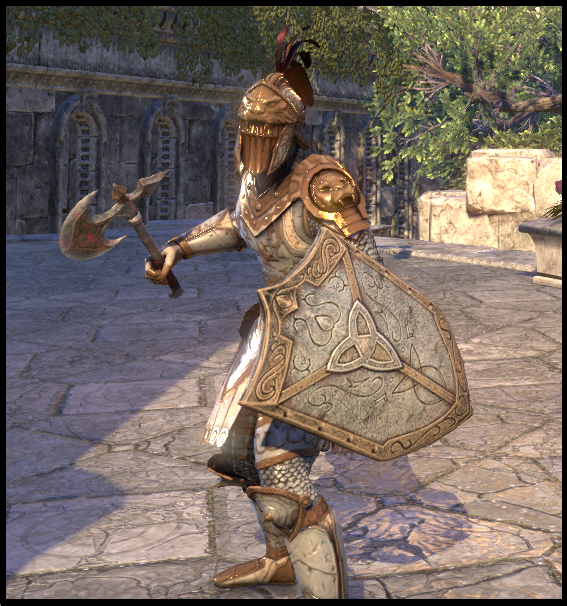