Dances-In-Blizzard's first memory was that of a winter field, having been bought and brought against will to the cold Eastmarch, by an eccentric Mage living on the fringes of Dawnstar. Argonian slavery being heavily against the Ebonheart Pact's principles, Nord customs and Argonian community, the Jarl of Dawnstar convicted the Mage into serving in the Moonstone mines for many moons.

As for the would-be-slave, an old lady named Helga Wind-Wulf, living in the woods of Falkreath, was on family business of selling produce when he had heard of the freed Argonian child and took him to live with her.

In ten years, Dances lived boringly inside the shack, consuming books traveling merchants brought through to soldiers managing the Falkreath siege, learning things outside Skyrim. Helga, afraid for Dances' own safety, sheltered the young argonian, then 14 years, but was also coming to terms with her own abilities to do so. So she gave Dances' a dagger. Dances-In-Blizzard, would then through books learn how to hold for himself with such a small blade against the ever-more-dangerous world.

At the age of 22, having buried Helga, he set out to sell her remaining belongings she had willed to him, to a Mage in Markarth. The mage, as the only person in Skyrim interested enough to buy a farmer's belongings, couldn't pay for the items per say, but did bestow Dances even more books, but these books the mage tried to be rid of. So did Dances-In-Blizzard slowly and in secret learn to conjure the daedra, make magic from the void and conjure the storm.

Come the age of 27, Dances-In-Blizzard travelled far and wide to Alik'r Deserts, where he found the warmth and sands a great welcome, never having gotten used to the cold of Skyrim. It was here where another argonian showed Dances-In-Blizzard the ability to breathe water, having been thalassophobic ever since a horker emerged from below him when he was trying the cold waters of the Dead Sea. It was this discovery that set him for his current profession of diving salvage on the coasts of Alik'r and other continents. It was the long travels he would spend swimming the bottoms of Eltheric Ocean, fending against the deepest, darkest leviathans, against the resistance of the water, that allowed his body to turn the size it is. It is also why he never carries much of any encumbering clothing, suiting to what the tailors of Alik'r could offer.

And so, to this day Dances-In-Blizzard travels Tamriel for the next gig of salvage, but until then he has a daedric lord of Terror to deal with. 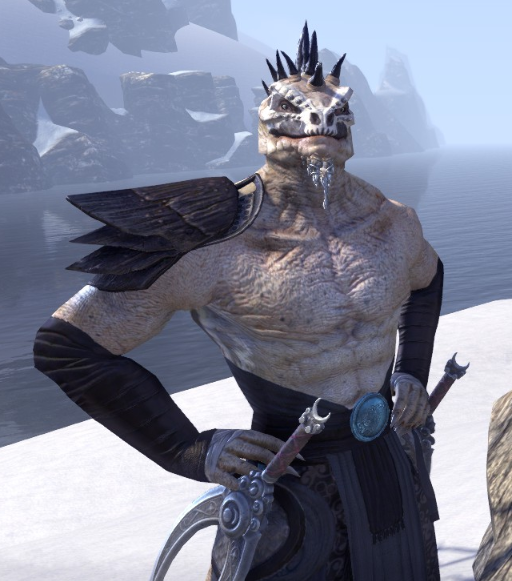 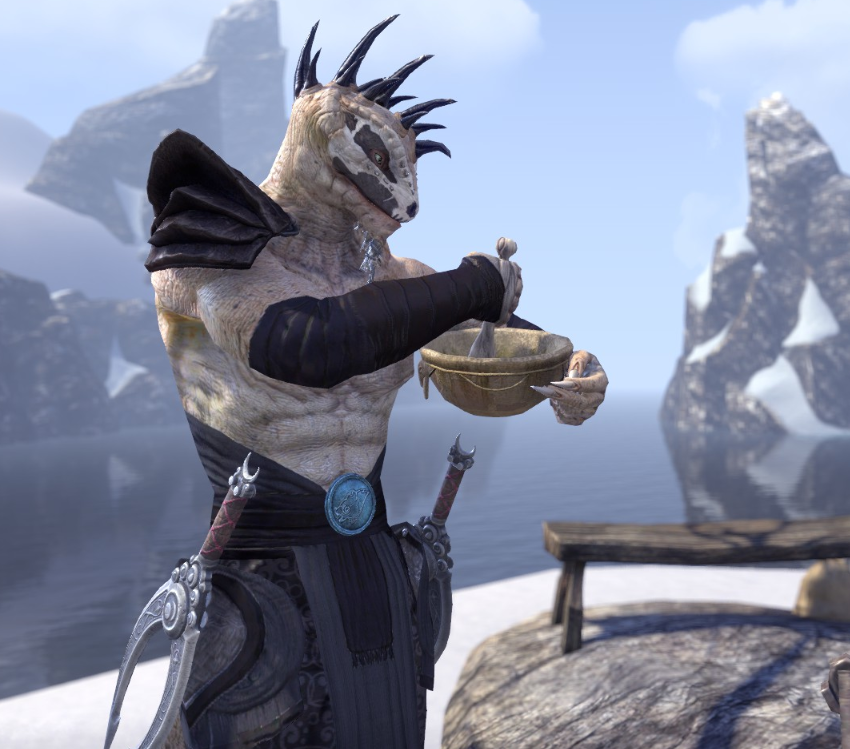 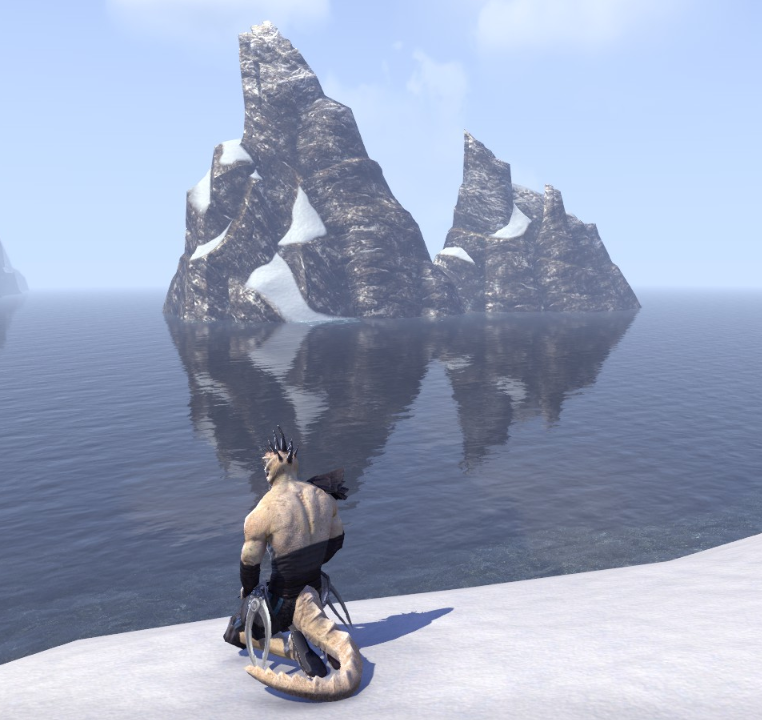 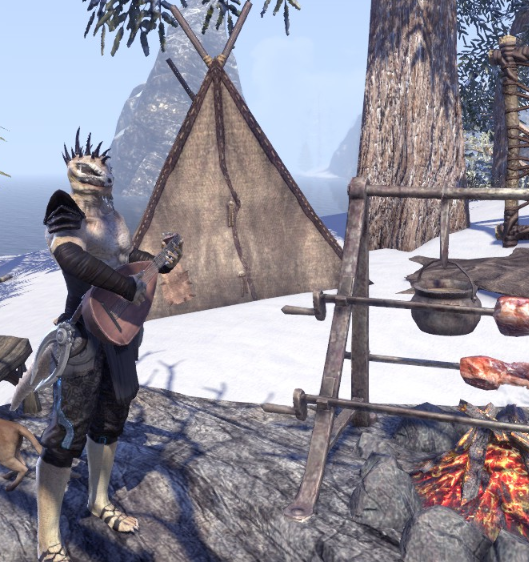