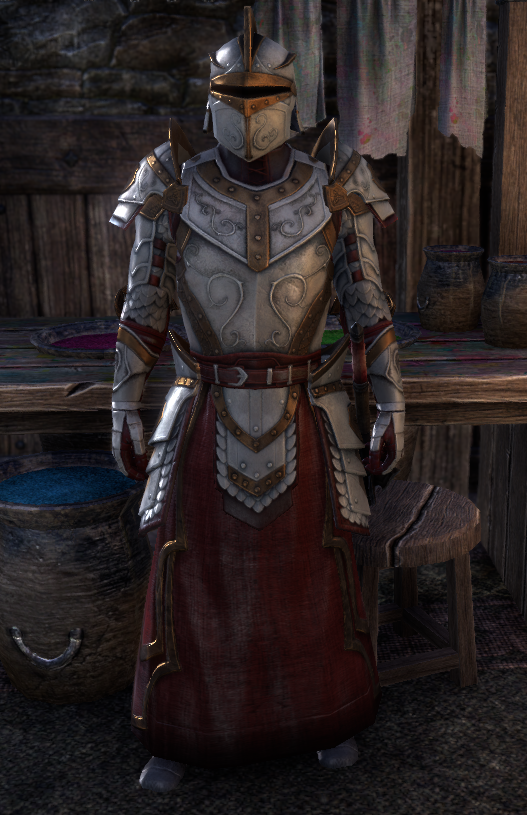 “T’was I who marched along the rainy roads that lead out of Cyrodiil, who stood as a bulwark against the terror whom our former lord and lieges declared their alliance with. To those whom we once knew as friends and allies are now merely the forgotten souls of the dead, trapped within the unhallowed plane, or the heretic for either abandoning our sacred city. For they ran in cowardice instead of fighting for what they loved and knew as their home. Yet with the city in ruins, the world plunged into the symphony of destruction.. it is our time to rise up, and redeem ourselves with sword and fire, to strike back at the mutant.. the unholy and the heretic. I pledge myself in service once again under Stendarr’s might. Let me be the beacon to guide these monstrosities back to their graves. My solemn vow shall be to ever light the eternal fire of Arkay.. fear me not, lest you decide to walk in my path of anger..For where there is uncertainty, I shall bring light. Where there is doubt, I shall sow faith Where there is shame. I shall point atonement. Where there is rage, I shall show its course. my word in the soul shall be as my blade in the field.